Sometimes I really am a princess. I never know exactly how to behave at big, multi-generational family gatherings because they weren’t part of my own childhood. It’s kind of like that feeling you get when you’re in somebody else’s kitchen—you want to be helpful, but it’s not your kitchen or your stuff and you don’t know where any of it goes, so you stand around feeling kind of stupid and useless. It is that feeling, on steroids. Yesterday was one of those occasions, the annual gathering of family (one finger of Handsome Chef Boyfriend’s large-ish one), on the western shore of beautiful Lake George. For most everyone there it’s a week of fun; our schedules right now—mine and HCB’s—allowed us one day, which is better than no days.

I fare better when somebody takes the reins and gives me specific instructions, which thankfully happened a couple of times yesterday. Sitting on a big porch in a delicious breeze, observing fun unfolding in the dappled sun on the lake, listening to the pretzel logic of young children at your feet, catching up with folk you have not seen in a year: it’s restorative.

But what would typically have been only about laissez-faire summer togetherness this time was also about grief, about the recent and sudden passing of the family matriarch who “would have wanted us all to be together in her absence.” It was shocking news that reached us only a few days earlier.

So we were together.

There was a big hole without her we all noticed and felt, not least of whom her adult children and their spouses, and her husband. It happened to be his birthday. And as difficult as the day visibly appeared for him and others, there was also the unrelenting joy that comes with the gathering of young children whose hearts are filled only with love and celebration: that is what a birthday party is about, and kids remind us of that lest we should forget, even when we are hurting. Every single person there understood. 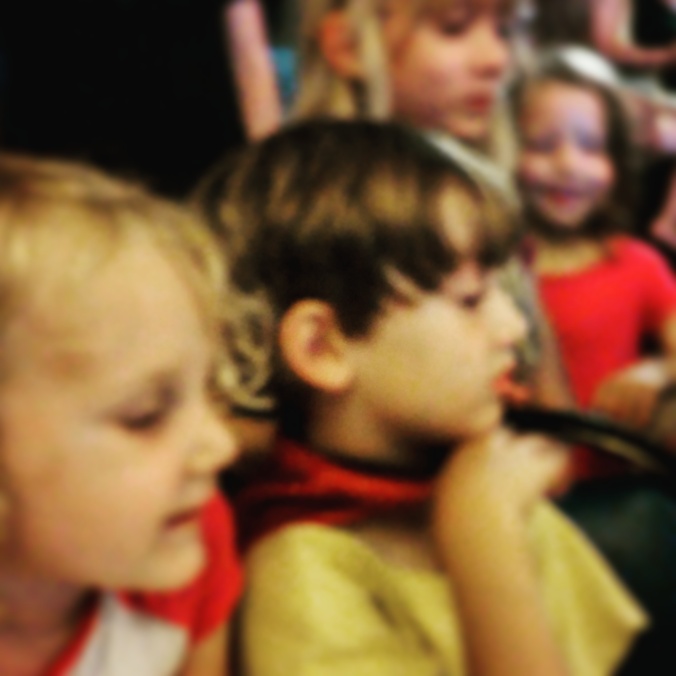 And even when you are hurting from the inside out, you still have to smile at littles, first cousins still sticky from a day on the beach, maybe a little cranky and possibly sleep-deprived, some in their swimsuits, and at least one red-caped super hero, who are beyond excited to be at the lake and celebrate their granddad’s birthday, help blow out candles, and watch him open presents.

And as difficult as it must have been to do that without her, you still have to smile at a cake made with only good intentions by enthusiastic young bakers, its chocolate gorge filled with dolphins and whales, observed from the cliff’s precipice by a pair of sparring tigers, surrounded by sugary sprinkles and jimmies. Candles counted, skeptical opinions voiced (you are definitely older than fifteen), requests for only cake, or only ice cream, or both, please.

And when superheroes need a little backup, love always saves the day.