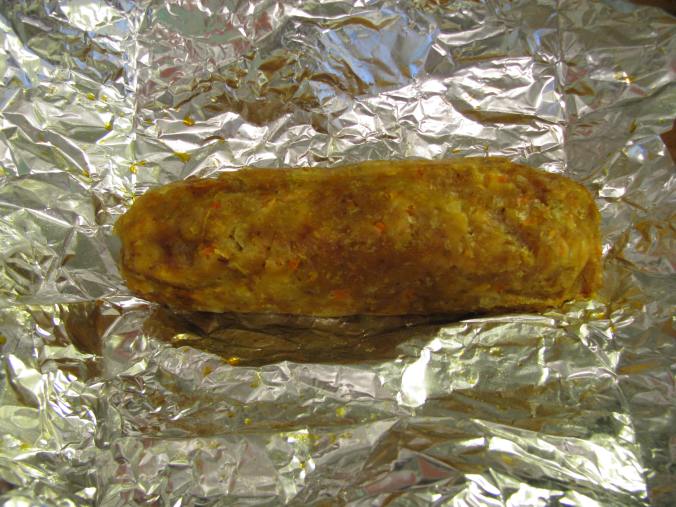 I have long used Steven Mitchell’s ballet classroom music when I teach; he is a NYC-based classical ballet accompanist and musician who, along with a couple others of his ilk, was kind enough to help me develop a program for live ballet class accompaniment at my small school in Knoxville in 2010.  A track on one of my favorites in Steven’s recorded collections is a polka called Who Stole the Kishke?; this sweet little piece has always given me pause to consider the meaning of that word.  What is a kishke?  And furthermore why would anybody want to steal it?

And then I stumbled across this post by my new bloggy friend, Rebecca.  Mystery solved:  the kishke is an Old-World-peasant-pantry-cleaning kind of food that nourishes body and soul.  And it plays right into the ethic of frugality that is part and parcel of my new life in Vermont.  What could be more simple and appealing than blending very basic vegetables with flour, some wet ingredients for “glue,” and a few seasonings, and then baking them into a loaf? 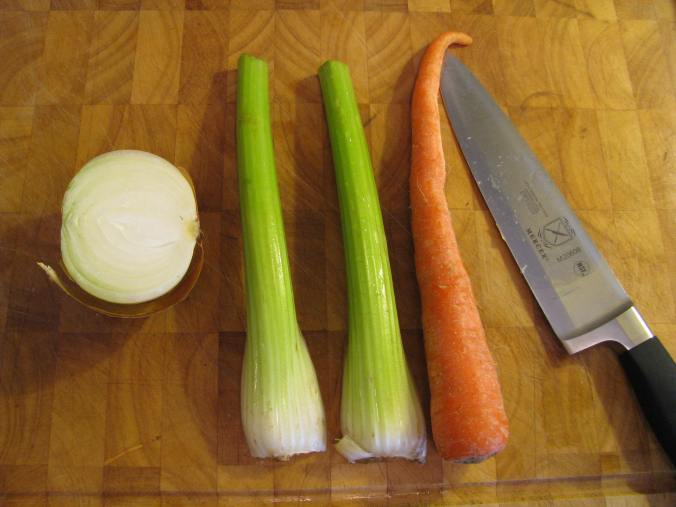 Handsome Chef Boyfriend—who is also practiced at frugality—was waiting for me at home after the end of a pretty busy ballet teaching day during the week and had not only completed a bunch of manly chores in my absence, but then offered to make dinner—whose composition was alarmingly similar to kishke, except the medium for the vegetables was brown rice instead of flour, the seasoning of choice was curry, and he added some souffléd egg for a shot of protein.  It was perfect nourishment after my teaching day.  (Yes, he is pretty amazing.)

I finally had enough unfettered hours this afternoon to try Rebecca’s vegetarian recipe.  And while my kishke looks exactly nothing like her rather more artfully prepared version, it is every bit as delightful as I imagined it would be.  Tonight I will brown a few slices to accompany the chicken and corn chowder I am making for dinner.  Sustaining and simple. 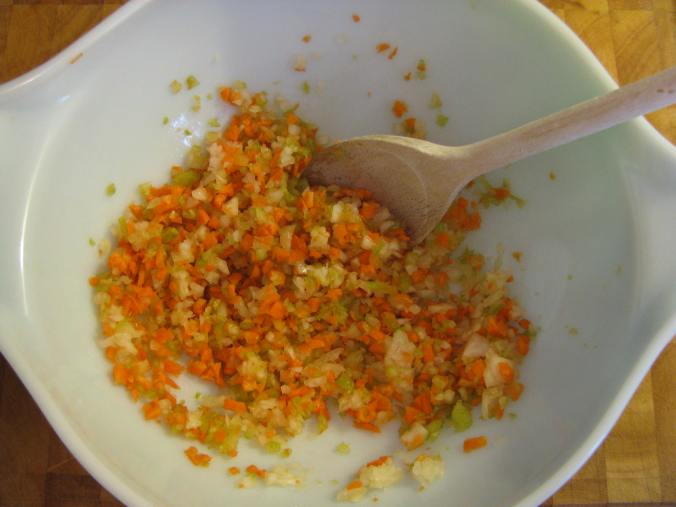 Now I know unequivocally why somebody would want to steal the kishke. No need to do that, but do go steal Rebecca’s recipe, and check out her lovely photos while you’re there.