Hermione’s immense workload finally seemed to be getting to her. Every night, without fail, Hermione was to be seen in a corner of the common room, several tables spread with books, Arithmancy charts, rune dictionaries, diagrams of Muggles lifting heavy objects, and file upon file of extensive notes; she barely spoke to anybody and snapped when she was interrupted.–J.K. Rowling

Yes, I am a Harry Potter dork. Those brilliant tomes came into existence at precisely the right moment during my years parenting a boy whose age was roughly equal to Harry’s in the series’ inaugural volume. We read the books aloud, listened to them again in the car, and of course OF COURSE saw the movies the nanosecond they hit the theatres. Then we bought the DVDs.

If you are not immersed in Harry Potter-dom, then you are deficient, friend, and that is all there is to it. Better start correcting this gaping hole in your existence, STAT.

That shiny thingummie up there is a time turner. It makes its first appearance in Harry Potter and the Prisoner of Azkaban, seemingly allowing Harry’s bosom buddy and schoolmate Hermione Granger to be two places at once. She did what any reasonable over-achieving young witch would do and used it to double up on her course load at school. Clever girl.

As you might guess, this did not work so well for her over the long haul. (But the time turner itself proved very useful indeed before everything was said and done.)

I can imagine Ms. Rowling wishing she had a time turner when she was writing all that amazing fiction. And I could use one about now.

This last year–June to June specifically–I have acclimated to working two jobs. Probably the biggest challenge in this arrangement is shifting gears mentally, because the two jobs share exactly no attributes. I have a pretty good work ethic and the rest of it I can handle, at least I think. I am okay with busy-ness and find whining about it wearisome, especially when I am the whiner. Being busy is a good problem to have; it’s idleness you have to worry about. (And anyway, I always think people who are truly, genuinely busy do not have time to complain about it.)

Still, my mom would advise getting enough sleep above all else.

Now on the threshold of job number three, I am thinking about that wisdom. I am already adjusting to an earlier waking time. The last time I did this I fell ill and stayed that way for a long time, mainly because I did not compensate for it at bedtime. I am not keen to do that again, of course. But circumstances demand a plan.  (And a time turner.)

Here is a recent epiphany:  I think I am pretty resilient and resourceful. I did not truly believe this about myself a year ago. I know this inevitably means a certain amount of discomfort on the horizon. I still have my eye on the prize.

I leave you with an image of work from this past weekend, when I had the luxury of keeping my head in one place at one time for an entire day. 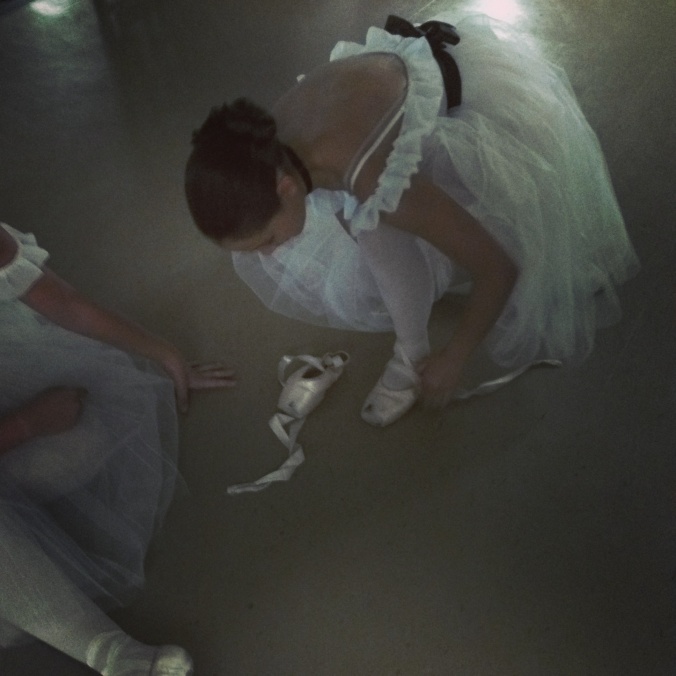