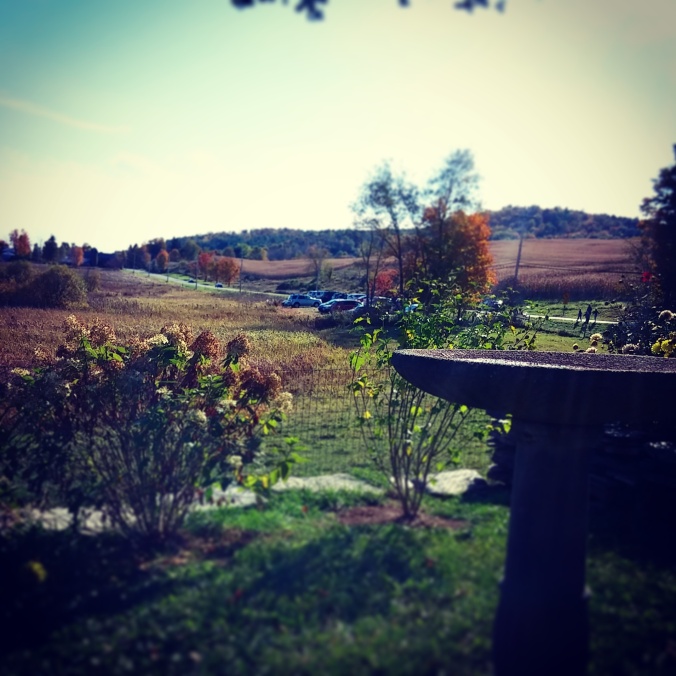 More than a decade ago I stood in the book aisle of a big box department store in Knoxville, Tennessee, fingering a papberback with a full color closeup of a border collie on its cover. I was having a bad day–a series of bad days, really, that grew into bad weeks and months and difficult years. That book was my introduction to writer Jon Katz’ work. I read it a couple of times and loaned it to somebody at least once. My copy of A Good Dog is a bit dog-eared but now bears Jon’s autograph and a brief message from him scrawled inside its cover.

Yesterday Handsome Chef Boyfriend and I soaked in delicious late-day sunshine from Jon and his wife Maria’s weathered Adirondack chairs, observing foliage and traffic on a rural highway that serves this part of upstate New York. I thought about that book, about animals that change people’s lives, about people who change each other’s lives.

Some time ago Jon started a group using social media, its purpose to bring together folks whose common denominator was the desire to create–poetry, prose, photography, art. He described it as a ministry of encouragement. It was and is a place for its members to share their work without fear of reprisal, but hoping for positive, constructive feedback from Jon and from each other.

I do not remember how I came across this group in the first place but I have been an active participant pretty much from its inception. And while social media often provides a platform for unfiltered voices of hostility and rancor it can also be a positive place for people to come together–people who might not otherwise have known each other. This has been the case for me where this vibrant community is concerned. I have made so many connections there, wonderful ones, and yesterday had the opportunity to meet many of them in the flesh for the first time.

I keep thinking about self-examination, but also about exposing oneself to examination by others. It is intimidating, to be sure. But without at least some willingness to shine a light in vulnerable places, how is it possible to grow at all? I was explaining my take on this to one of the members of the group yesterday. To me it is a mandate–not a question of whether one should or should not do this, but an imperative. 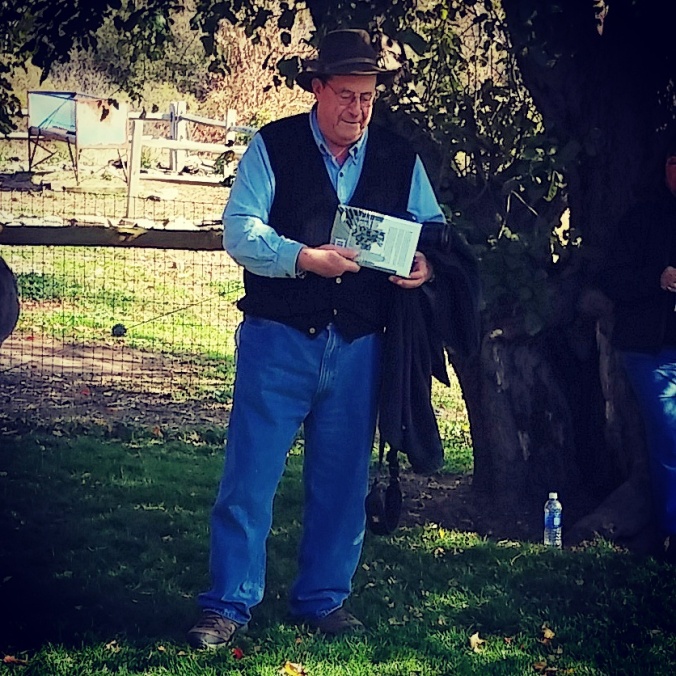 Yesterday Jon gave his listeners a little background about an aged woman, a poet and a dear friend, Mary Kellogg, who was missing from the fall open house this time around because of illness. He explained that during a conversation with her early in their friendship, and after reading some of her beautiful poetry, he asked why she had not done anything with it to that point. Her reply was simple: nobody had encouraged her. I had never made the connection between that epiphany and the formation of the creative group before yesterday. And what a service Jon has done to help this group of people come together as it has. (Happily, Mary’s work is now published and has enjoyed much success.) 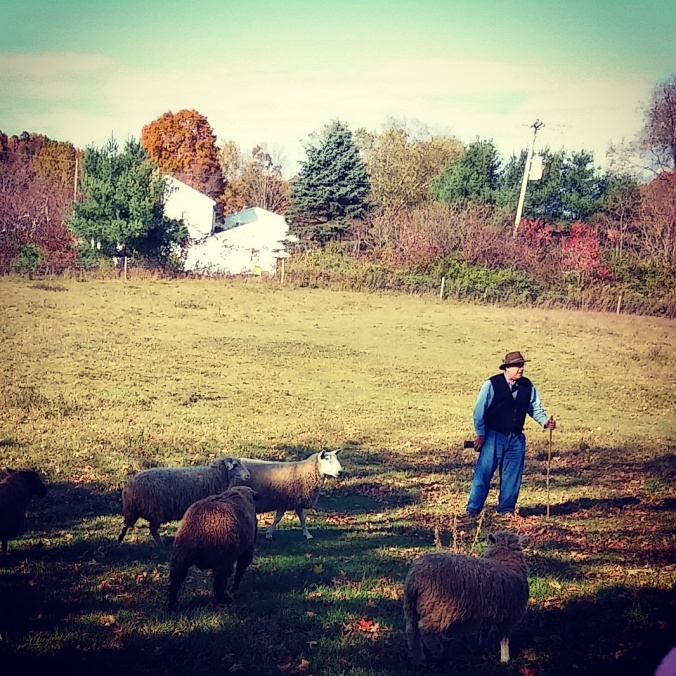 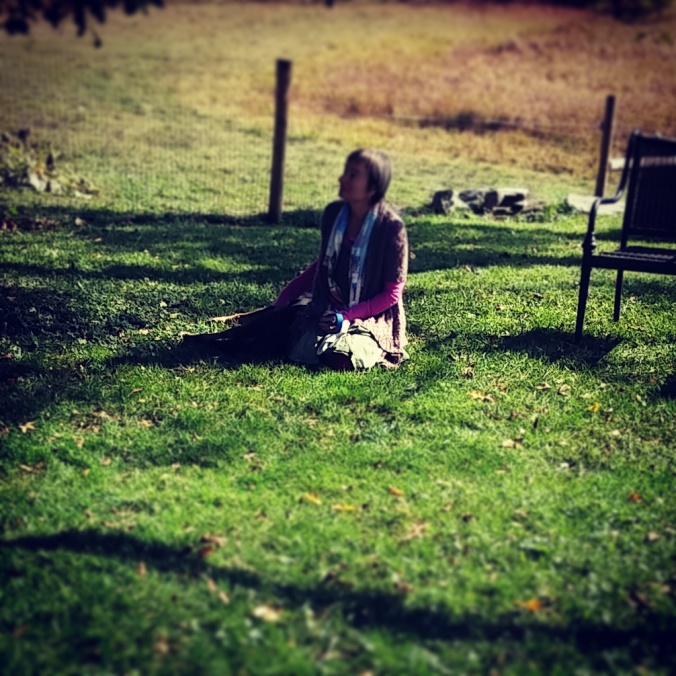 Yesterday was magical. Seeing Jon and Maria is delightful as always: listening to Jon talk about his beloved animals, his new book about the rescued donkey Simon, watching the border collie and therapy dog Red working with the sheep (always alert, awaiting the next important work); looking at the eternally generous Maria’s beautiful textiles (and the work of others) in her studio; a cameo appearance by the complex and aged dog, Frieda. Celebrated photographer George Forss was there, too, talking enthusiastically about his work and his new book (for which Jon wrote the foreward); and an impromptu acoustic guitar performance by Roundhouse Cafe chef-owner (and singer/songwriter) Scott Carrino was a lovely finale to the day.

I will echo the sentiment I have heard others express, though: the best part of yesterday was meeting the people I had known until now only through the group, through the ether. These people bare themselves every day, bravely exposing their work and their lives. What a huge privilege to embrace them, finally, and to say to them all, ‘Til we meet again.

2 thoughts on “Afternoon at Bedlam: the Ministry of Encouragement”