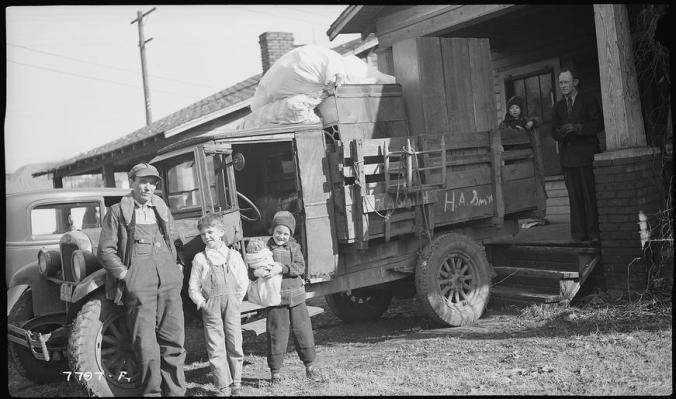 However many recreational boaters on the Tennessee River insist on Jimmy Buffet as their Saturday afternoon soundtrack, crooning about his blown-out flip-flop, or frozen concoctions, or tourists covered in oil, none can change the valley through which its main channel flows—nor any of its lakes, nor its kudzu-covered shorelines—into the tropics that are the centerpiece of that pop standard. It never dissuades them from trying. But were you to join any of them for an afternoon on this dark green river as it winds its way through the valley, widening now into a colossal lake before narrowing again to continue along its serpentine pathway, you might notice the occasional shining domed top of a barn silo where it seemingly oughtn’t be, a navigational hazard, you might call it, rising up out of the watery throughway you were sailing. It is a singularly peculiar sight, this vestige of a barn, surrounded by acres of fertile bottomland now immersed, and one presumes, its farmhouse nearby, that simply stood in the way of progress at some point on the historical continuum of the Tennessee Valley Authority. It was this resolute government institution that grew out of a monumentally ambitious project of the Great Depression, and that intended to bring flood control to the Tennessee River Valley, trumpeted President Franklin D. Roosevelt, and to employ all the people it takes to build and then operate a system of dams, and finally, to promise recreational waters to all the Jimmy Buffet listeners and their ilk, on sunny, summery weekends, it was this institution to take that farmer’s land and his buildings. And what bitter irony, to flood out a family in an effort to control flooding. Nor did this massive land grab limit itself to communities in the valley at the time, but reached its fingers into ancient history, washing over settlements that existed long before any Europeans arrived, and cleansing them of their cultural detritus. But the system of dams TVA would build also held the promise of generating hydroelectric power, ultimately, and creating more jobs for the unemployed: it was in the public interest, all for the greater good. And it was met with much celebratory fanfare, for the most part, leaving the disenfranchised to fight their own battles with powers whose resources far outweighed their own.

Cecil Freeman knew nothing of hydroelectric power, nor could he have imagined the eventuality of the Tennessee River’s impressive scope. But maintaining his livelihood on the south shore of the river, so trifling by comparison when he knew it, was a burden that consumed him night and day.