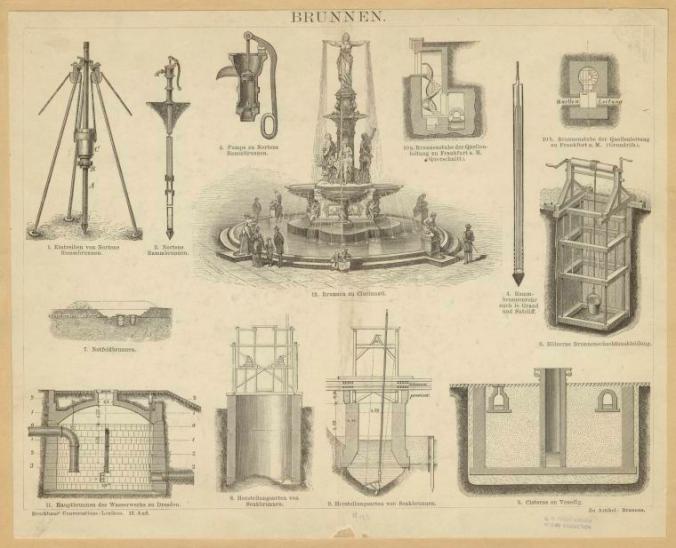 She felt the hot tears welling up in her eyes and hated herself for them, for this juvenile, knee-jerk reaction to garden-variety bad luck. And for feeling so out of control. Where was the sense of adventure that had come all this way with her only a few short weeks ago, when feeling in control seemed to matter not at all?

The day had started unimpressively enough with partly cloudy skies, and warmth that radiated inside through closed windows. And the morning wake-up call had come, as always, from one tail-thumping dog whose head had found its way all the way to the top of the bed, and rested human-like on the pillow next to Lucy’s. When she opened her eyes, they locked on Charley’s, which in turn made the dog thump her tail with still more enthusiasm. They’d both yawned and stretched. Lucy stood and drank in the exquisite scenery from the large window opposite her bed. There, that had been the first inkling of hopelessness, of feeling out of control: The daffodils were fading, some of them already gone now, and from her vantage point up here, Lucy could see her progress cleaning up the field and making the rows of blooms navigable, had been paltry at best. What was the use? She was no gardener, although she was adept enough at moving earth around with a trowel or shovel. But this job was bigger than her, more than her resources could bear, and these shortcomings insinuated themselves into her thoughts with gathering clarity.

Then she had walked into the kitchen and popped on the coffee maker, already set up the night before. Nothing special there, the usual morning reflex. But moments later when she flushed the toilet, something sounded strange, not quite right, like when the water cuts off before the tank finishes filling. And over at the tiny bathroom sink with all the bluish stains around the drain, only a weak dribble of water flowed apologetically into the basin when she opened the tap. Charley stood there in the bathroom doorway still wagging, desperate to go outside, upbeat in spite of the uneasy load she was carrying.

On her way through the kitchen Lucy interrupted the coffee maker and poured herself a cup of unfinished brew into one of Bran’s old mugs—it was the best kind of coffee, the most concentrated and flavorful, she thought, completely worth pilfering even if it served to dilute the rest of the pot. Then she stepped into her sneakers without lacing them, carelessly mashing down the heels, and walked out the front door of the little cottage into the humid morning, with Charley following behind her. How delicious was a warm spring morning on a bluff high above the Tennessee River, with a perfect cup of coffee, and the company of a dog, she marveled. As it happened, that would be the best moment in her day.

Back inside the house, Lucy opened the kitchen tap. Nothing. She closed it, and tried to clear her head for a moment, staring down into the stainless-steel sink at all the decades of scratches and dings, the relics of Bran’s life here, and of transients who came after her; Lucy tried hard to remember something. Charley had bounded back into the foyer and was now vigorously tossing around a floppy toy, play growling at it with surprising ferocity, before she returned to Lucy’s side and pushed the toy hard into her thigh, an overt demand to play. Lucy turned and snapped angrily at the dog between clenched teeth: “Not now, Charley, dammit!” Charley stood still and stopped wagging, and then tilted her head at this inexplicably irritable human, which made her toy jiggle around comically. She dropped the toy and stared up at Lucy, questioning, discerning.

Instantly ashamed, Lucy collapsed on the floor and cupped the dog’s long snout in her hands and begged forgiveness, allowing a relieved Charley to cover her in kisses. “I’m so sorry, sweet girl. We have a situation here, and I’m trying to figure it out. You didn’t deserve that from me.” She found a cookie for the dog and patted her on the head; Charley held it in her teeth and joyously trotted out of the kitchen, her faith in humanity restored, while Lucy returned to the tap. Noise, she remembered: That’s it! When you open any tap in this house, you can hear the sound of the well pump through the pipes. The pump is quiet.

Lucy bolted back to the front door and jammed her feet again into her sneakers, urging Charley to stay put, while she sprinted down the drive and toward the well house, hoping, beseeching of the universe, that this problem was as simple as a thrown circuit breaker. But she knew in her heart of hearts it could never be that simple, which gave rise to a sick feeling she attempted to bury somewhere deep inside her empty gut.