Yes, I really did this last night underneath a sky that was so incredibly dark and brilliant with stars and planets I am not sure my words can do it justice.  My small digital Canon PowerShot simply can’t capture what I saw, so I had to grab something that approximates the nighttime sky in rural Vermont.  And while this image still does not describe last night’s sky exactly it does give you some idea of how minuscule and inconsequential I felt looking skyward and seeing that.

Sunday evening my colleagues and I had a rare girls’ night together at the beautiful home of the one of us who is a famous former American Ballet Theatre ballerina and will not admit it.  Three ballet divas, a bottle of wine, yummy apetizers in front of a roaring library fireplace, and then…and then…we were invited into the hot tub, completely nekkid (which is how we say it in the South).  ONE of us objected to this plan—I will not say which one—but caved in when the OTHERS of us chided her for being too modest.  Peer pressure is a powerful thing.

Honestly, after skating four and a half miles with Handsome Chef Boyfriend on Friday, and then running five miles over difficult terrain and in occasionally strong headwinds with him on Saturday, some old running injuries were talking to me and I did not care one jot how nekkid I was, nor who saw me that way.  I just wanted those dang jets on my ageing ballerina joints.  The night sky was a bonus, and I can report that I also saw a shooting star; my colleagues sadly missed it.

After a relatively short time, and being chided by our famous ballerina hostess for continuing to talk shop—which was verboten—we started sweating.  Without any warning at all, she jumped out pretty effortlessly and began rolling around in the fresh snow, squealing all the while like a kid.  Then she dove back in.  The other two of us sat there, mouths agape.

Then she urged us to do the same.  After some careful reflection—and hearing her benign-sounding rationale, like, You can’t believe how good it feels, and, It will make you tingle all over, I decided to be brave; I am not one to walk away from a challenge.  So after I rolled around for about a nanosecond, I jumped right back into the water, which now felt COLD, and my skin a little like how I imagine self-immolation feels.  Doesn’t it feel great? she asked me.  When I mentioned I felt like I had spontaneously combusted, she waved that off impatiently and said, No, not that—just wait a second—you’ll feel it.

I did feel it, in fact.  After the water began to warm again, some mean little troll started poking needles into me.  Everywhere.  A day later I can still summon the sensation.  It certainly leaves a lasting impression, but I am thinking may be an acquired taste, possibly.  Give me a few points at least for trying it.

Once again inside we had a positively delightful dinner, more shop talk, lots more talk about all kinds of other things, and in general a jolly good time.  My ballet diva colleagues did not want to be photographed, silly girls, which is why the one picture I made of them is all blurry.  But Koko-the-Poodle was happy to pose for the camera.

Nice start to the work week.  Thanks, ladies. 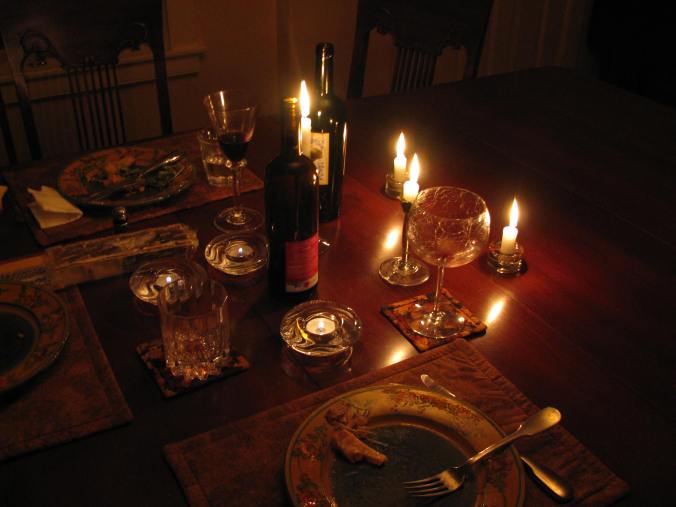 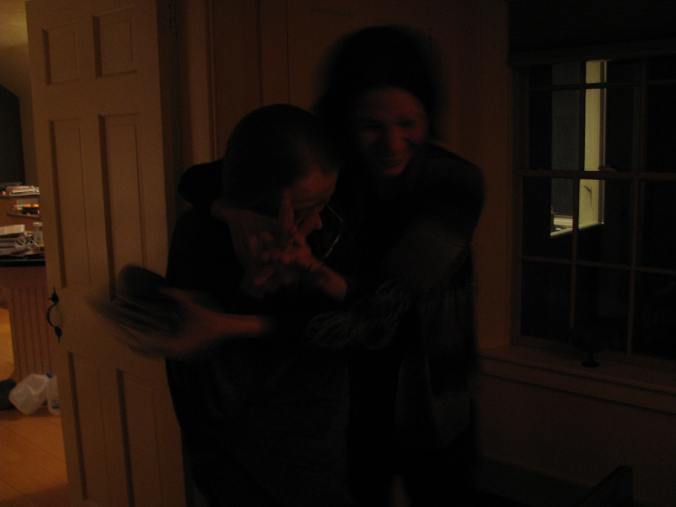 One thought on “Rolling Around in the Snow, in the Buff”