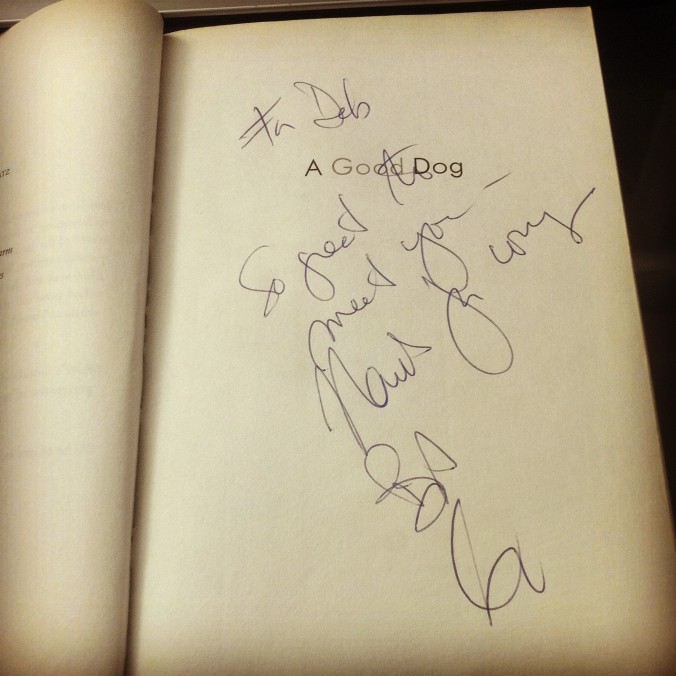 Today began badly.  Clarence-the-Canine and I struck out for an early morning run that was supposed to be perfect, crisp, and beautiful.  What happened instead is that I continued to ignore the gathering tightness I have sensed in my right calf and Achilles during our last two or three runs, hoping it would work itself out.  Roughly three miles in, though, I felt a discernible snap somewhere deep in the layers of muscle, and that was that; too bad I was still about three quarters of a mile from my doorstep. That is a long way to limp.

Poor Clarence.  I am not the only one adjusting to a wicked new work schedule.  Nor am I the only one who is anxious about moving for the second time in the space of a calendar year.  On many days our time outside has happened of necessity around six in the morning, and has been pushed.  And then Clarence has had to wait.  And wait.  And wait, until my workday ends, for more time outside.  This arrangement is adequate (and only that) for the time being, thanks to summer’s long days.  I have not planned far enough ahead to imagine how our time together will play out when the short winter days arrive (and boy, are they ever short in Vermont).

In spite of my injured calf (and later my left Achilles also made its presence known), I was determined to go to this open house today at New Bedlam Farm in Cambridge, New York.  When writer Jon Katz and his wife and textile artist Maria Wulf announced their event my internal response was, NO:  you emphatically do not have time to drive over there and do this today.  Stay focused.

I have been reading Jon’s books and following his life’s works through his blog for a long time; Maria’s more recently.  In short, I could not think of a single good reason not to go shake his hand, and hers, introduce myself to them in person, buy one of Maria’s beautiful textile creations, and enjoy a Sunday summer afternoon in upstate New York.  I stopped at Handsome Chef Boyfriend’s house–which happens to be on the way–to include him and his lovely daughter on the adventure.

It turned out to be time well spent.  We met the love dog Lenore (who made a beeline for HCB’s daughter when she saw her), observed the complex dog Frieda from a respectful distance, met and loved on Red-the-amazing-Border-Collie, fed carrots to Simon-, Fanny- and Lulu-the-Donkies while Jon told anecdotal stories to illustrate Exactly How Donkies Are, listened to Mary Kellogg’s poetry reading (if you follow the New Bedlam Farm link above and look closely you can find us in the photo), watched Red work the sheep after learning so much fact and fiction about sheep and border collie temperaments, and herding, and in general had a delightful afternoon enjoying a glimpse of Jon and Maria and the life they have created there.  Earlier today Jon blogged about the importance of community, and we saw that in the open house. Thank you Jon and Maria, and all your creatures, for opening up your world to us.

Images of the day, which ended so much better than it began: 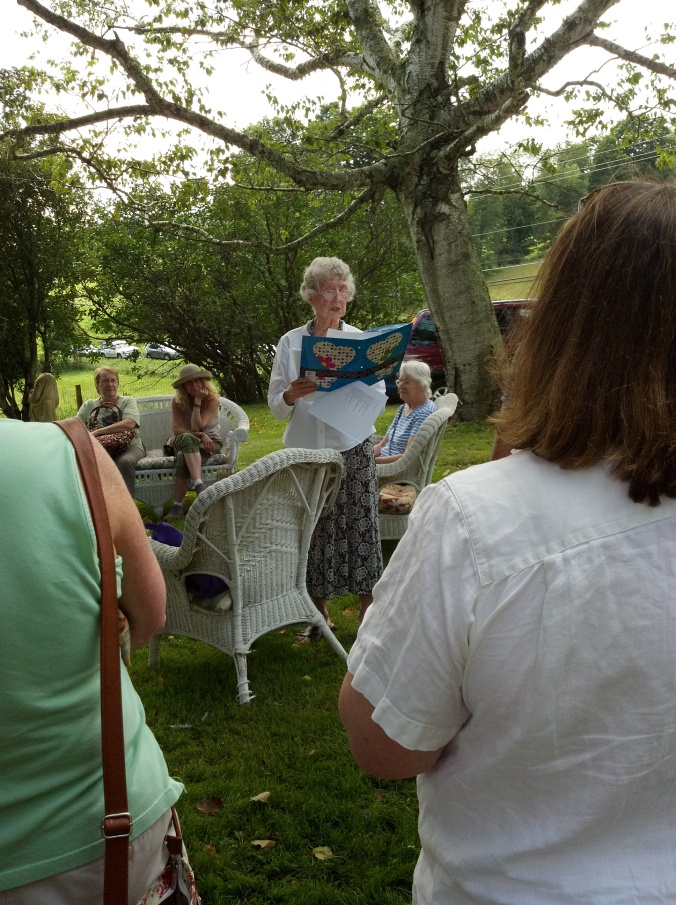 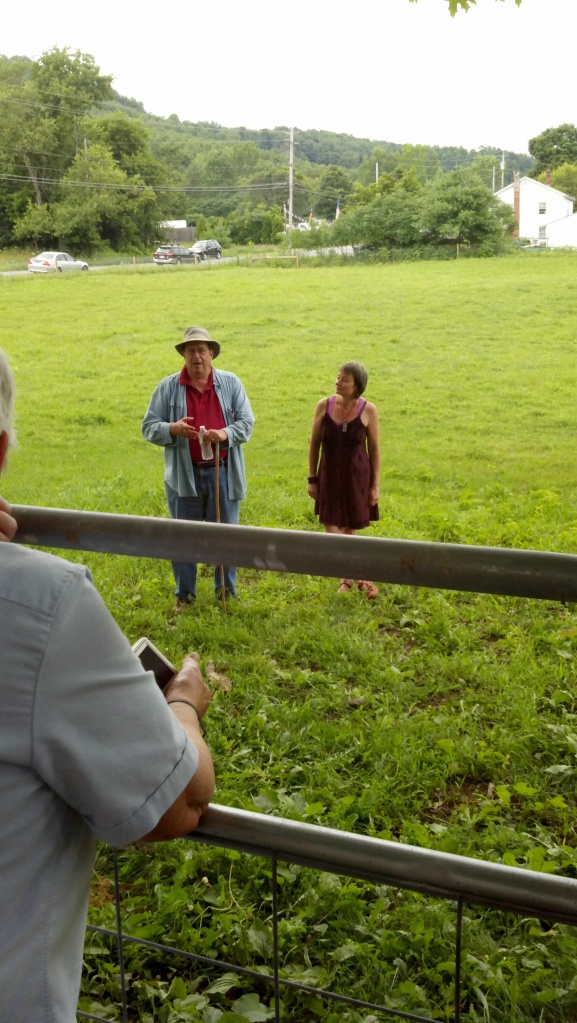 2 thoughts on “A Very Good Day”