Yesterday Handsome Chef Boyfriend and I trekked back over to central Vermont for another load of stuff in the neverending process of combining our two households. This has been a logistically painful move, a bit like pulling off a bandaid verrrrrry slowly. I remain eternally grateful to my erstwhile landlady for allowing me to do things this way. Soon it will be time to yank off the rest of it, and get the heck out of her beautiful loft in earnest.

We spent an afternoon doing some gritty work: HCB painted the loft’s bathroom, which we had started some time ago but never finished, and I cleaned the wood stove to a fare-thee-well and did some other organizing and tidying up. Wish like heck things would go as they did for Jane and Michael Banks with the help of one Mary Poppins; there is still so much work to do.

Then we packed some stuff and schlepped some stuff. As we were buttoning up we thought about dinner and decided on a fantastic place we love over in Woodstock called Angkor Wat: Asian fusion, with an authentically Cambodian thumbprint. I had the great pleasure of a long chat with chef-owner Chy Tuckerman in his kitchen back in December, related to work I was doing at the time for Upper Valley Life Magazine. His story is worth reading.

Anywho. We thought we’d take advantage of our proximity and treat ourselves to dinner after a day’s work. Spring rolls for appetizers, to start. Beautiful, crispy, flaky, not greasy. Perfect, in fact, as you might surmise from the photo above.

HCB does not miss a chance for duck, ergo:

I had a hankerin’ for coconut encrusted shrimp, where there was a choice between red or green curry sauce. Curry is one of those things that is not at the top of my to-die-for list in the world of cuisine. I like it okay, but it does not make me sing and dance, nor have I ever found it particularly hot. Our waiter told us that green is the hottest of the three Chy uses (the other two being red and yellow). Without batting an eye I chose green; I am an adventuresome eater, and spicy is always okay by me. 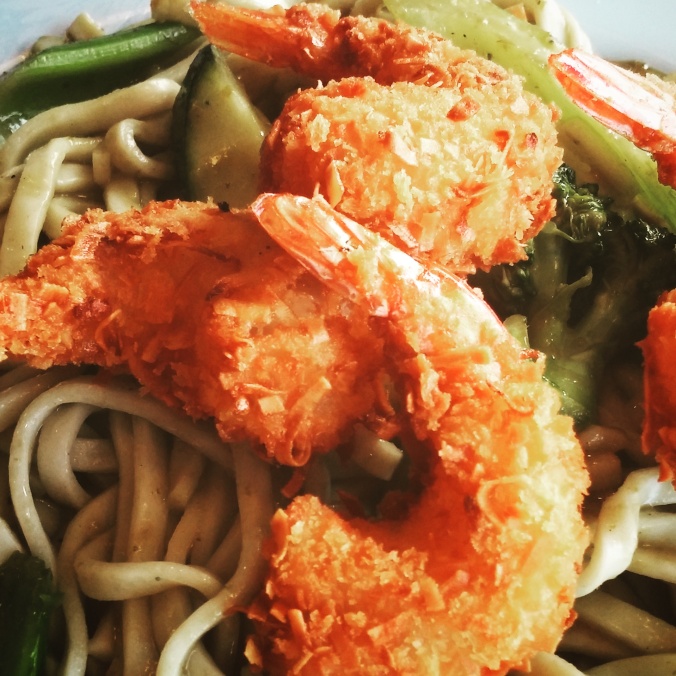 This was possibly a mistake, not unlike another one I made several weeks ago involving a mix-up between cayenne and cinammon. Suffice it to say that I had a visceral reaction to the first bite I took. That is actually a euphemism for what I was feeling. But there is no turning back from a decision like this. I resolved to continue, much to the amusement of the person sitting across the table from me.

The burn was instantaneous, and continued and continued. And continued, until it reached a crescendo where I teetered on the edge of asking for milk. Or for medical attention. A tiny reprieve came in the bites of beautifully prepared shrimp; there was also a bit of mercy in the veggies, as the fleshy inside of each piece was untouched by the devil in the sauce. The waiter checked on me a couple of times. I really could not speak. I could not see well, either, through waves of tears.

The person across the table was also tearing up. From laughter. And he felt inclined to point out to me again and again that my cheeks were growing redder. (Thanks for that, Captain Obvious.) I could feel the heat radiating off my face, and my lips were burning the way they do when they’re suffering a bout of mid-winter chapping. I concluded that there must be some health benefit to this much pain associated with a meal. There’s gotta be. Right?

There were jokes upon jokes, gentle readers, to do with farting around open flames, among other things. And riddles involving the words “swollen” and “red.” So dang funny I forgot to laugh.

I finished about two-thirds of my dinner and boxed the rest. The burn lingered even as we left the restaurant; by the time we reached Ludlow I was almost able to speak again.

Today has been decidedly less spicy. It was too beautiful to stay indoors, and we had planned a fun project with a particular almost-thirteen-year-old: 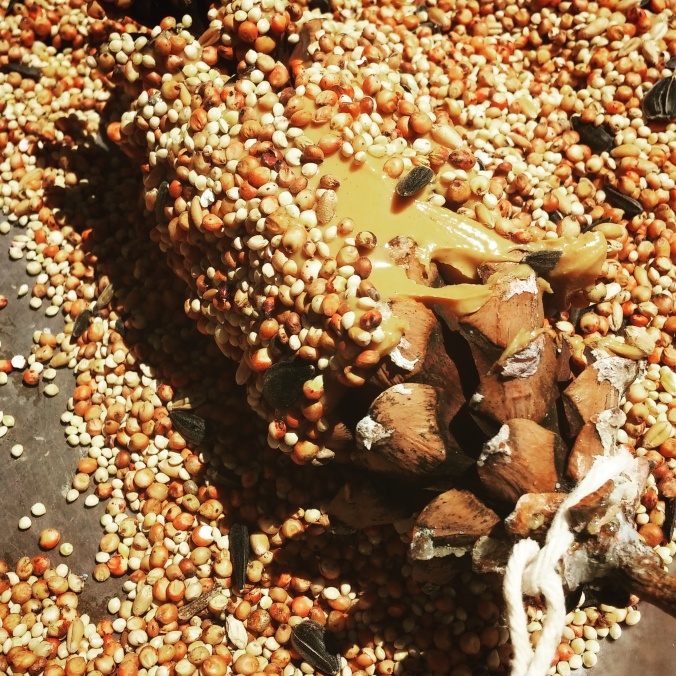 HCB is the consummate Boy Scout (really), and spent some time engineering spots to hang our pine cone birdfeeders where the squirrels could not reach them:

One parting thought for this delicious weekend, a friendly message to our neighborhood squirrels: mess with our pretty bird feeders, and I have a leetle something for you, courtesy of my friend Chy: 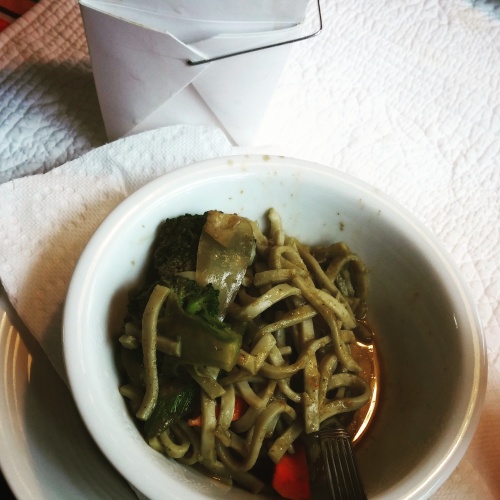