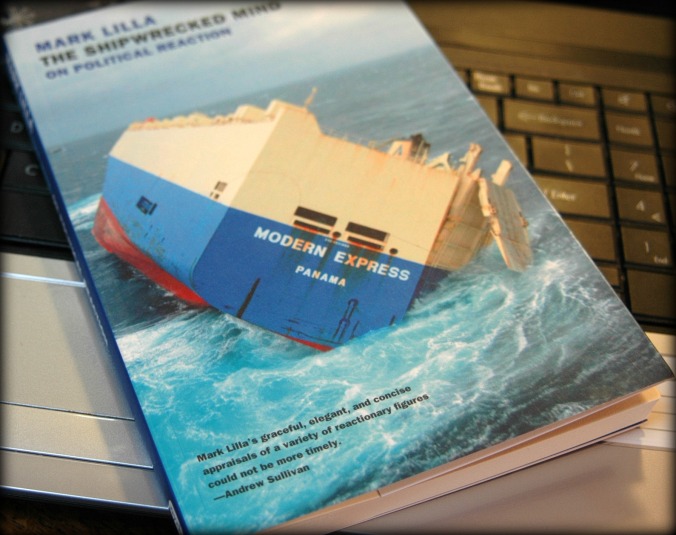 Every major social transformation leaves behind a fresh Eden that can serve as the object of somebody’s nostalgia. And the reactionaries of our time have discovered that nostalgia can be a powerful political motivator, perhaps even more powerful than hope. Hopes can be disappointed. Nostalgia is irrefutable.—Mark Lilla

Should you doubt that bit of wisdom, you have only to consider this campaign slogan and its outcome: Make America Great Again.

Facebook is notorious for rubbing our collective noses in nostalgia with its “On This Day” algorithm, where the photos and videos and sentiments we posted on this day a year ago, or five years ago, come back to haunt us. If once was not enough you can share them again in a mere click; I do all the time, if the memory still feels relevant to me. But that’s just it: more often than not they’re relevant to me and to nobody else. They’re fun memories, or painful ones (occasionally I cringe), and that is all. Sometimes I wish Facebook followed Snapchat-style protocols and after some interval made posts evaporate into the ether.

But even if a trendsetter like Facebook elected to follow that paradigm, other entities still allow you to peer into your cyber past; the WayBackMachine app is one of them. I confess I’ve used it on occasion to revisit my now-defunct ballet school website. The digital marketing agency where I work also invokes it once in a great while to look at a particular e-commerce website and, say, explore their inventory in a product category from a year ago, or even a decade ago; it can help give us direction when we’re working on a marketing strategy for a client. So you might say nostalgia can be helpful in certain situations.

Yesterday Facebook gifted me yet another memory of my early days in Vermont, a photo of my beloved Clarence-the-Canine stretched out on the living room sofa in my cozy lakeside cottage, the place I lived for just under a year. And here came another one right on its heels, an Instagram photo of a beautiful breakfast I made myself one morning in the same cottage, my coffee mug situated artfully in the background, everything around this little contrived still life neat as a pin. For the first time in nearly a quarter century I was in charge of my life at that instant, my clean, kempt rooms, and the order of the day: it was an idyllic day at that, where I had the privilege of mornings free to run around the lake with Clarence, time to prepare inventive cuisine, time to observe the beauty around me and reflect on it, maybe post something to my blog. The balance of it I spent doing what I’d come here for in the first place, teaching classical ballet to mainly privileged children from nearby Hanover.

I remembered those days wistfully when I looked at that photo: I was the captain of my own ship which was happily bereft of the chaos I had only just left behind. In short, life was beautiful.

Then HCB reminded me the pellet stove in that hard-to-heat place had dangerously exploded one night, foisting upon me a little reality check. The paltry bankroll I brought with me from Tennessee was running out, and fast; a piece of the financial picture I assumed would be there (I had done the math before I moved) had dissolved with no warning, nor did I earn enough teaching ballet to sustain that lifestyle for much longer, and I knew it. I was unused to the brutal Vermont winters—not just the cold and snow, but the palpable expenses of winter, to say nothing of unrelenting grey days that seemed to stretch on for weeks and then months. Although I had met Handsome Chef Boyfriend right after I got here, two hours and an entire mountain range separated us: for the most part I was terrified and living alone with my dog who would soon be gone, with no inkling of what the future might hold, and no real plan to extricate myself from the disaster ahead—I already heard that train in the distance barreling down the tracks.

So much for Eden. Mainly, I think, nostalgia needs to live high on a closet shelf in a shoebox, pulled down once in a while so you can finger its contents wistfully, and then shove it back on the shelf.

The news stories of the day (real or fake) help fuel this wistfulness. Can you imagine an account that goes, Today, millions of Americans got out of bed and went to work, paid the mortgage, enjoyed a nice supper, hung out with their kids, and then went to sleep? Of course not, because there’s no story to that story. Jobs moving overseas, illegal immigrants pouring over vulnerable borders, terrorist attacks, and plane crashes, though?—stories for days. At one point in my life I was so terrified of flying I put the skids on any travel where the destination could not be reached easily by car: that limited us—my erstwhile family—to a relatively narrow geographic area on the East Coast, and a short window of time on the ground when we got there.

Then came the opportunity to study classical ballet pedagogy at American Ballet Theatre in New York City: if I really wanted this thing, I finally had to figure out a way past the anxiety. I considered medications, worried a little about how they’d make me feel, knowing I needed to be sharp at ballet school. And then something remarkable happened during a family trip to Washington, D.C. Our hotel room window looked out on the White House, and beyond it, arrivals and departures at nearby Ronald Reagan National Airport. Unable to sleep one night I stood there watching the planes for hours. They took off and they landed. Over and over again. All night long, and into the morning. Nothing else happened—the planes took off, the planes landed. Only then could I begin to comprehend and correct my irrational fear of flying. Nobody tells the story of planes taking off and landing safely, because there is no story to tell, really. The majority of the time, airline travel is uneventful, however trying its logistics.

I have a recurring bad dream, a wakeful dream—call it a daydream. In it I return to that little Vermont lakeside cottage. I expect to throw open the door and find everything perfect, as if I had stepped out only to run an errand. Instead the place is cold and dark, there’s an inch of dust and cobwebs everywhere, there is no dog—he is long gone, I am alone and unemployed, and the silence is deafening. Nor is my beloved HCB there: only the roaring silence. It is terrifying. This “dream” is triggered by a catchy song that was popular at the time, with piano notes resonating again and again in descending triplets. I hear that song now and it stops me in my tracks, raises the hair on the back of my neck.

Reinventing the past is an exercise in futility. Learning from the past and then moving on feels relevant. But feeding on nostalgia can and does invoke reactive behavior: what if nostalgia inspired rancor and hate founded on a contrived, sepia-toned existence? I don’t know, it might encourage angry, unhinged people to rant destructively using social media as a platform. In its more sinister guise it might encourage somebody to desecrate a Jewish cemetery, or phone in a bomb threat to a Jewish community center. Or to rough up a transgender person who simply needs to pee. Or to shoot and kill a man at close range because he looked “ethnic.” Or maybe to build a wall that shuts out scores of people who are taking away mythical, sepia-toned jobs, people who instead would by and large make us a better, stronger, more enriched nation. In the hands of a reactionary, nostalgia is a dangerous motivator indeed.

Inspired by that photo from four years ago, yesterday I made two lovely breakfast sandwiches; I ate one and gave the other to HCB. The sticky marmalade clung to my fingers and utensils, and afterwards my napkin was rumpled and stained with breadcrumbs and little bits of egg. You could say that breakfast sandwich was a metaphor for our lives right now: uneventful, fairly satisfying, messy at times, but pretty good overall.

Steady as she goes.

2 thoughts on “Nostalgia and the Shipwrecked Mind: Righting the Boat”