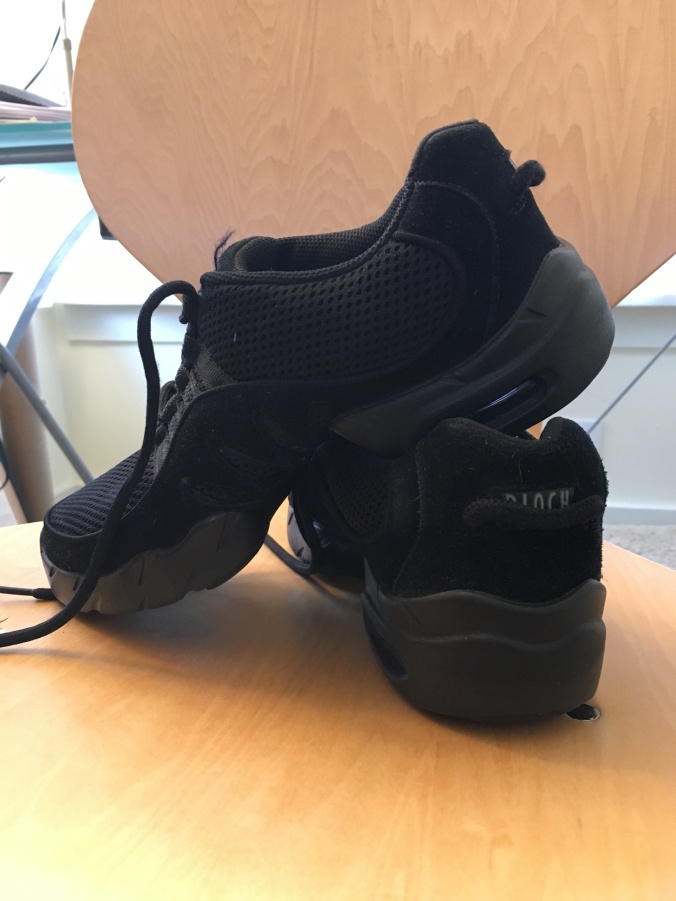 Not Made for Walking

Are you planning to watch the Olympics? asks the gentle practitioner of acupuncture as he jabs some more needles into me.

I can tell this is a sneaky tactic to try to divert my attention from the pain, right after reprimanding me (in a gentle practitioner of acupuncture kind of way) for holding too much tension during the insertions, which does not help, he suggests.

But this only makes me feel like an underachiever, especially since I’m already alone in my gathering feelings of disdain for these sessions, surrounded as I am by folks who seem only to extol the virtues of this ancient technique.

There’s an American figure skater who’s had some ballet training and I may have to watch him, I manage to squeeze out through gritted teeth (I am also wincing, but he can’t tell because I’m lying on my stomach with my face in the donut thingummy). But other than that, nah, I have a hard time getting around the politics (especially in these Olympics) and all the doping and corruption and scandal.

Later in the week I am listening to an interviewee on public radio, an expert weighing in on the doping and corruption. He concedes that it’s awful, but sadly probably here to stay, across various sports and disciplines. He names a bunch of examples, and for each one he explains what the athletes do, and why they think it helps. And what’s more, he goes on, these young athletes at the top of their game, in reaching for extremes, and in deciding to participate in doping—using dangerous substances to ostensibly boost their performance—will pay for it tragically for the rest of their lives (and some will in fact die young as a consequence).

Extremes is the word I’m stuck on. I roll it around and around in my noggin as I drive down the road to fetch one happy doggy from an afternoon at camp; most dogs know when enough is enough, I think. Extremes. Extremes.

Reaching for extremes is why I find myself allowing somebody to poke needles into me everywhere once a week, at least for the time being. It’s still an experiment, and so far is not helping. My early years of ballet training, when my young colleagues and I asked ourselves to do things we should not because of teachers who allowed or even encouraged it—I am paying for those early years now. I never used performance enhancing drugs, but I certainly pried my feet open at the barre to achieve what I hoped would be perfect turnout. Or made myself fall asleep at bedtime in some weird position I hoped would do the same. It never occurred to me at 10, 11, or 12, that I might be causing permanent damage to some joint or musculature somewhere.

The closest parallels I can draw between classical ballet and Olympic-style athletic competition are the ‘legitimate’ ballet competitions; these are not ‘dance moms’-style competitions, where there is always controversy swirling around age-inappropriate costuming and choreography, and where it seems trophies are handed out like candy to bejeweled young dancers dressed in their identical warmups repping their home ‘studio.’ That is another creature altogether, and truly outside my sphere, as they say.

Nope, these are elite competitions where one finds the most promising young talent emerging in the art of classical ballet across the planet. There are no trophies, but there is certainly cash. Arguably the most prestigious of these—the Prix de Lausanne—you can actually watch in real time via livestream, which I still find magical. And the thing I love so much about the Prix is all the coaching that goes on during the competition. That is, the young dancers who earn a place in the competition have the opportunity to attend classes and receive one-on-one coaching from renowned ballet mentors, opportunities worth their weight in gold. Even if you walk away without one of the coveted scholarships or professional company contracts, that alone made going worth your time and effort. And these days we hope the grownups in charge are a tad more concerned and vigilant about the health of their young dancers than my early teachers were.

Does doping go on at this level of classical ballet competition? I have to say I honestly don’t know, but I hope not.

Maybe a tad more concerning are the demands modern audiences make on young athletes: it’s quite thrilling, after all, to see these young people at the very top of their game, doing their thing better than they’ll probably ever do it again, so effortlessly, and reaching milestones one never would have thought possible. (The human body can do that? Wow!) We want it, nay demand it, and they rise to the occasion. There is no room for moderation in this paradigm. And so long as our expectations are there, my guess is the extremes will grow more and more pronounced.

When I was a young student in residential ballet school I studied with the celebrated Natalia Krassovska, among others, for three consecutive summers. Mme. Krassovska came out of an old Russian tradition that prized results at the expense of dancer health; it was the same style of training I had for the first five or so years of classes before that, and so it was familiar. But if ever there were a living example of the consequences, it was she, who by then already could barely walk. Each day she hobbled into the classroom, with her hair pulled into a perfect Giselle-style bun (parted in the center, covering the ears, and secured low, at the nape of the neck), and the long-sleeved leotard she wore under her teaching skirt gathered at its plunging neckline. After she tethered her tiny dog to a chair, she would greet the piano accompanist and hobble again over to the barre to demonstrate the first exercise of class.

When I could tear my eyes away from her expressive face and painted-on eyebrows, I watched her feet closely, in the pink heeled teaching shoes she wore over her classical pink tights. She could not execute every movement in the vocabulary, but she came damn close. And those feet—and I mean feet, not legs—stood always in a perfect fifth position. That, in a nutshell, was why she could no longer walk: I imagine every joint from her heels to her hips had suffered so much wear and tear through the years from the feet being torqued open to achieve that beautiful position, that her legs could no longer do what they were made to do, and that was simply to stand and walk.

And here I am now, in more or less the same boat, I am thinking as I look at the swirly patterns on the carpet through this donut hole, with my own special flavor of crippling discomfort.

In homage to the Olympics I shall not watch, I leave you with a winning performance from this year’s Prix de Lausanne, which ended only a few days ago; the dancer is a South Korean, and her technique is not extreme—it is merely beautiful. To all the young ballet competitors, and to all the young Olympians, I say this: while you’re doing your best to achieve the unimaginable, reaching for extremes, remember that one day you may simply want to stand and walk.

2 thoughts on “Reaching for Extremes”