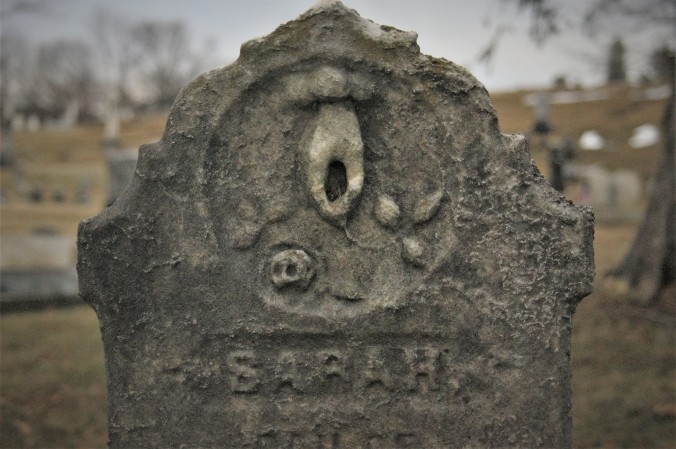 Last Thursday, one day after Ash Wednesday, was crazy warm—we hit 54 degrees, I think, or close to it. Just about unheard of on a February day in Vermont. I ditched my yoga class and instead grabbed my Big Girl Camera and Scout’s leash and asked him to lead the way. He made a beeline for the cemetery, the one that sits more or less in the center of town. The afternoon was indiscriminately sunny, a challenge for this novice photographer. Thank the universe for photo editing software, is all I can say.

Scout chose wisely; I’ve been wanting to poke around and look more closely at the headstones after our first wintry cemetery adventure a few weeks ago. So many Bennington names read like pages ripped from a town history: Gage, Safford, Putnam, others you’d recognize if you spent even a couple of days here. A cemetery is the logical place to start, I think, when you are trying to learn something about your new hometown’s past: these are the people who built this community.

The headstone of a child, though, is always so sad to me. I squatted down to get a closer look at a few of them while Scout explored with his nose like any self-respecting canine would. Don’t hike your leg on a headstone, I am thinking, please: here is a place to be reverential. Then I wonder, does Scout know where we are already? Can a dog smell human suffering?

It’s not all suffering, of course. In most cases, one hopes the end came naturally and a life was held up in celebration. Drink expensive champagne and share funny stories about me: that is how I want people to celebrate my life.

I can’t fathom the anguish of the parent who must lay to rest the remains of a child, though. I have known some who did, including my own great-grandmother—both her children, although they were grown—and her parents before her, four of five children. Others in my own family. And a dear friend just a few years ago. Unimaginable. Juggling a leashed dog in one hand and a camera in the other, trying to find just the right amount of light, and the right angle, I thought of the parents who would soon bury children they assumed had their whole, beautiful, hopeful lives ahead of them. I wanted to squeeze my own kid, a thousand miles away.

A couple of days ago comedian Michael Ian Black made a distinctly non-comedic comment on Twitter in the wake of Wednesday’s massacre at Marjory Stoneman Douglas High School in Parkland, Florida: boys are broken, he said. This morning in a radio interview he had a chance to explain himself. I can’t quote him verbatim, but was struck by this notion: that a girl can be a feminist and still feminine, but a boy who is ‘sensitive’ can’t also be masculine—the two are mutually exclusive.

That’s a heavy burden for any boy to bear. I can’t agree or disagree about how much that one idea can really account for a disturbed boy going on a shooting rampage that kills 17 people, but there has to be an answer to this neverending story, one that goes beyond taking dangerous weapons out of the wrong hands, and I fear that important conversation is muted by a loud, if well-intentioned clamor. And here is another idea that occurred to me as I listened to Black’s comments: if we Americans could somehow get away from the sensitive ≠ masculine paradigm, might we expect to see a sharp decline in sex crimes, too? Just a thought.

But I’ve often wondered about the disenfranchisement of so many struggling boys or young men at a crucial point in their development, when intervention by a thoughtful (sensitive and strong) male figure would have made a difference to them. A more typical response is isolation and then rejection. Seems to me that when unrealistic expectations combine with rejection the result is a stinking, festering wound we’ll collectively be forced to reckon with face to face if the hellish story is ever to end, even if we made it go away for a while—just ask the parents of 14 children who died last week.

Scout and I enjoyed the last light of a beautiful winter day in downtown Bennington, one of us deep in thought, and the other really just in it for a good place to pee. 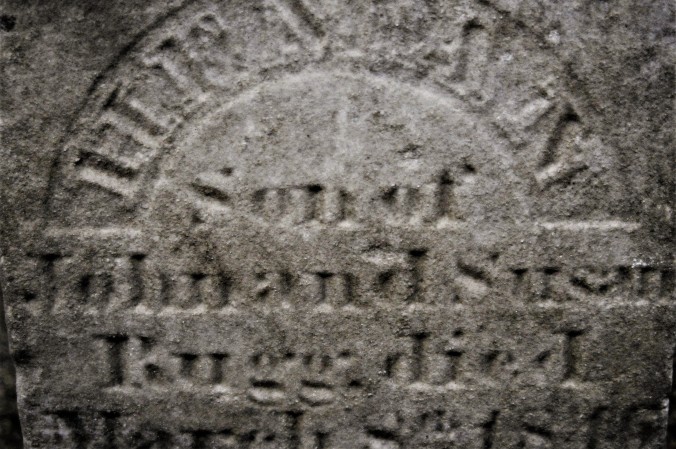 Son of John and Susan 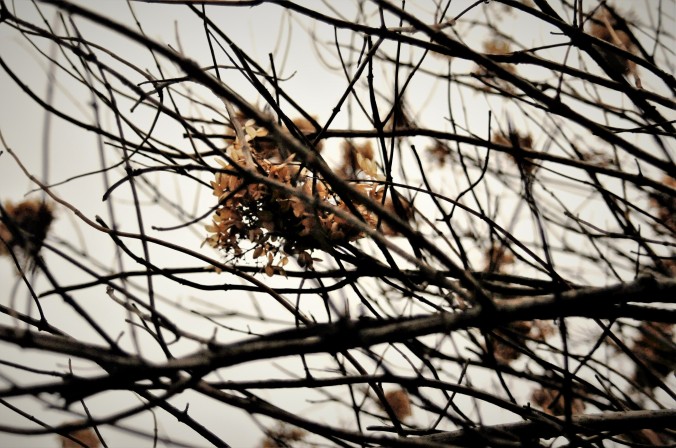 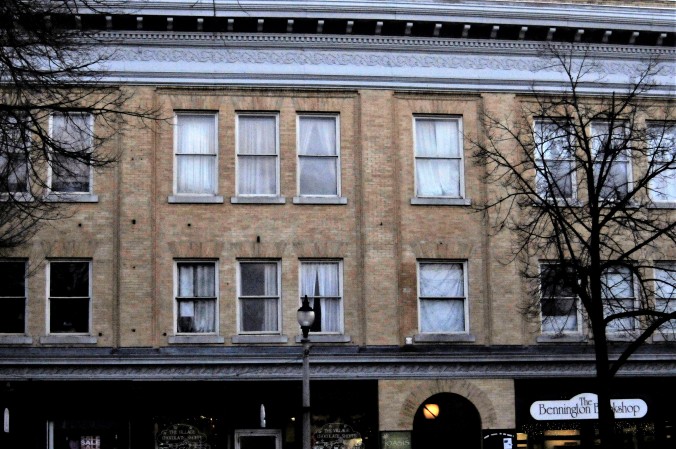 Like many New England towns, Bennington is a town of spires and steeples 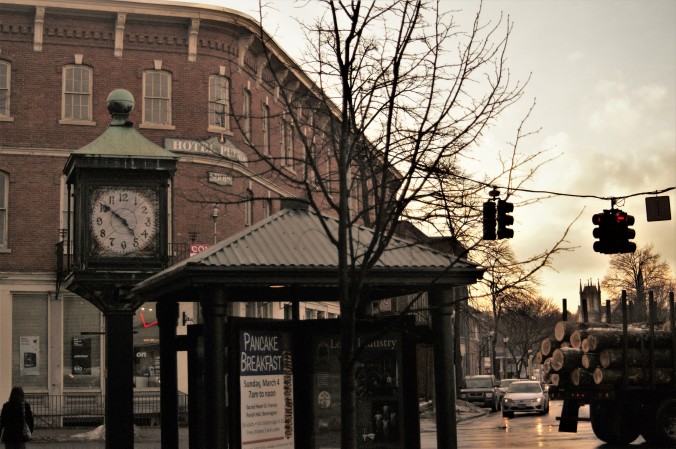 Note the logging truck chugging through the town’s main intersection: so Vermontish

Bennington High School is for sale; gentrification may upset the roosting pigeons

No place for broken boys