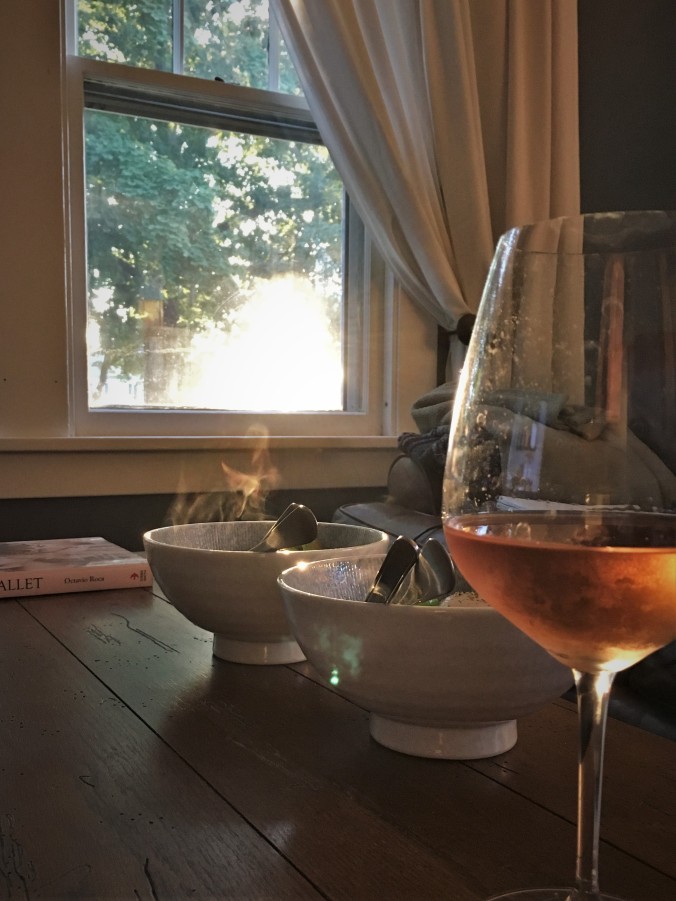 Nourishment for Body and Soul

When I was a kid my mom often opined that overweight children were proof positive of a household where food was a stand-in for love. Maybe. I submit there are times food offered as love is the best kind of nourishment.

Like yesterday. Once in a while running on a hot day makes me sick. Hasn’t happened in a long while, and yesterday’s run was not even much of a run: Scout-the-Labish has been telling me for a few weeks now he’s not really the running type. He’s all in when it comes to going after small rodents and the occasional statuesque robin, but going, going, going—it’s not his style, he says in his brave, new voice.

Bummer. Every other dog I’ve had in my adult life could not only run long distances at a reasonable clip, but could easily outrun me. Given my gimpy foot, though, this new world order is probably just as well, and forces me to consider making other lifestyle changes to compensate.

Still, yesterday we ran, and yesterday was hot (by Vermont standards, anyway), and we got a late start—so there was not much shade for a long while, until we finally reached the cover of the forest. Scout made a good showing with his sprint-ahead-fall-behind style of running that has become his way when he runs off-leash: it’s really how domesticated dogs are built to run—no need to pursue quarry over long distances when there’s a perfectly good Chef at home who hand feeds you bites of tender chicken or pork and the occasional morsel of lobster or salmon.

Which brings me back to food-is-love. I felt crummy for most of the day yesterday and finally sought solace in a bowl of salty noodles and a fizzy lemonade in the afternoon. The Chef and I ran our Saturday errands without incident, save my general whininess and fatigue and comically misfiring brain. But by the end of the day I was hungry and cranky.

What do you want for supper? asked the Chef.

I settled into the sofa and a little while later the Chef brought out this one-bowl dinner, far better and more nourishing than anything I’d throw together for myself, made better still by the magic of the late day sunshine pouring through our west-facing windows. It really is the best kind of love. 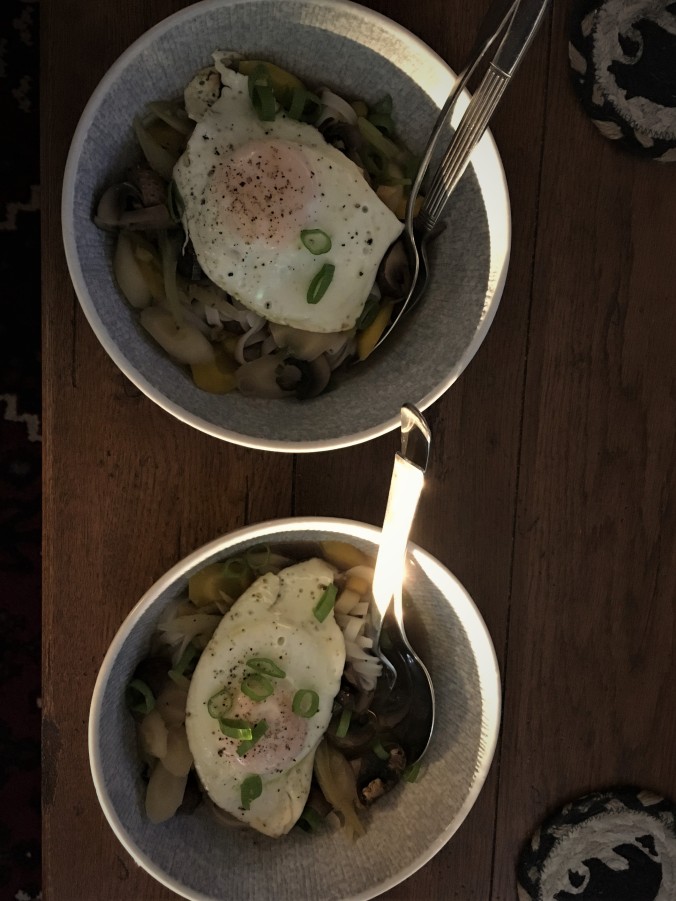 Postscript: The recipe lives in the Chef’s own noodle. But I can tell you the earthy vegetables simmered on the stove for a while in an aromatic broth. There were mushrooms, and carrots, maybe other things. Importantly, there was a lot of ginger, which is a natural remedy for upset stomach, and it was our first local, organic ginger of the season, acquired at our favorite farm stand: the stuff at the grocery store pales in comparison to the lush color, pungent aroma, and powerful flavor in this ginger. Rice noodles in the broth, fried egg on top. And several heaping tablespoons of Chef love.

4 thoughts on “Food Story: Nourishment for Body and Soul”