The concept of the general store revealed itself to me the instant I had boots on the ground in my new home state of Vermont. Most small farming communities here have one (and so that would be most of Vermont, which is largely made of small farming communities). But their store offerings vary widely, to say nothing of what you can expect to pay for the stuff on the shelves. The most “complete” general store I ever patronized was Coburn’s, just over the mountain from my erstwhile home in Sharon, Vermont, on Route 132 in the small town of South Strafford.

Coburn’s is one-stop shopping in a vernacular white clapboard building like so many others that dot the landscape in these parts—you can find a decent selection of reasonably priced groceries there, dairy and not-bad-looking produce, and sliced deli meat at the counter in the back. You’ll also find a respectable bottle of Argentinian Malbec, sturdy work gloves, fire starter logs (important for a Southern girl whose fire building skills are wanting), a small newsstand, full-service post office and bank, and two gas pumps out front. Really, what more could anybody need, except possibly longer store hours?

Other communities are not so fortunate. Handsome Chef Boyfriend and I had a long-running joke about one general store in particular where we occasionally stopped for gas but avoided the inside of the store like plague because of its rotting produce, overpriced groceries, surly counter help, and general filth. If one of us had to dash inside for something, the other would ask, Need a box of seven-dollar Triscuits? Those folks are doing the locals a disservice and getting away with it because they’re the only game in town.

The best of these small businesses, if they are not running a smooth operation like Coburn’s, have evolved into a modern iteration of themselves, changing with the times if you will. Five Corners is one of them, not too far down the road in the Massachusetts Berskhires, at a busy Williamstown intersection. We had a couple of primo sandwiches there yesterday on our way to Pittsfield erranding. (And you can’t beat the beauty of the Berkshires on a gorgeous summer day.) 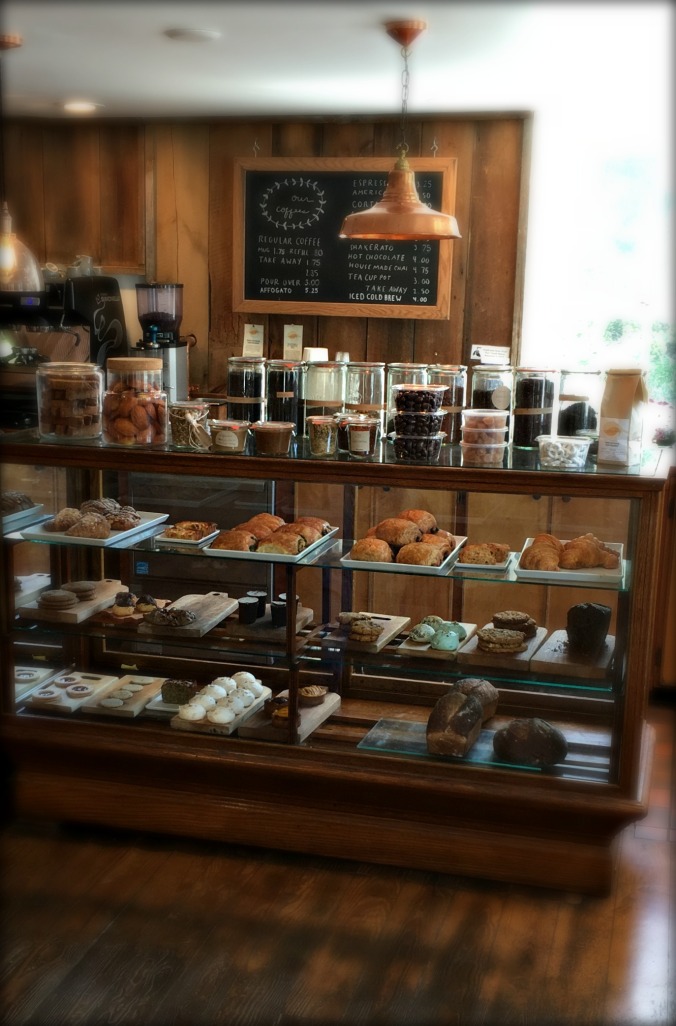 To be fair, this exquisite little place is no longer a general store in the true sense of the term. It’s got pricey, gifty stuff, and coolers stocked with high-end charcuterie and cheeses, but you can also grab a half-gallon of milk and a few other necessaries in a pinch. There’s a long, rustic table in the center of the main space where folks plunk down on a wide bench with their laptops and cuppa Joe (which is also top-shelf brew). The sandwiches are interesting (not your average ham and cheese) and the pastry is to die for.

I’m okay with this version of the general store—there’s no filth in sight, not a single head of expensive rusty iceberg, it’s a creative use of the space, and the building itself has been artfully preserved—it’s better than an empty, derelict building by a long shot, and there are plenty of those around here. You might not see farmers hanging out here, and you shouldn’t expect to buy groceries at this place between city trips to the supermarket. But there is still local community building going on.

It’s high summer here with the faintest hint of fall in the air, and the produce is exceptional. Which brings me to the Vermont farm stand, another venerable institution, not to be confused with the farmer’s market, which is also seen in abundance in New England communities. But the farm stand as it exists in these parts is new to me—what I know as a farm stand from my life in Tennessee is typically a roadside lean-to (or even the bed of a pickup) purveying a single item, or a couple, from a local farm. You can get incredible seasonal produce if you’re lucky enough to stumble on one of these at just the right moment.

What I’ve noticed in these parts is a bit more evolved, although the simple roadside farm stand lives here, too. But with the growing season as short as it is, the big, established farms set up seasonal retail shops in respectable quarters with regular hours. Clear Brook Farm is happily about halfway between home and work, a sizeable operation that offers local meat and dairy, lush produce, but also bedding plants, flowers, and landscaping supplies. Their stuff is at its peak about now; some time in late October or thereabouts they’ll close up shop ’til next spring. 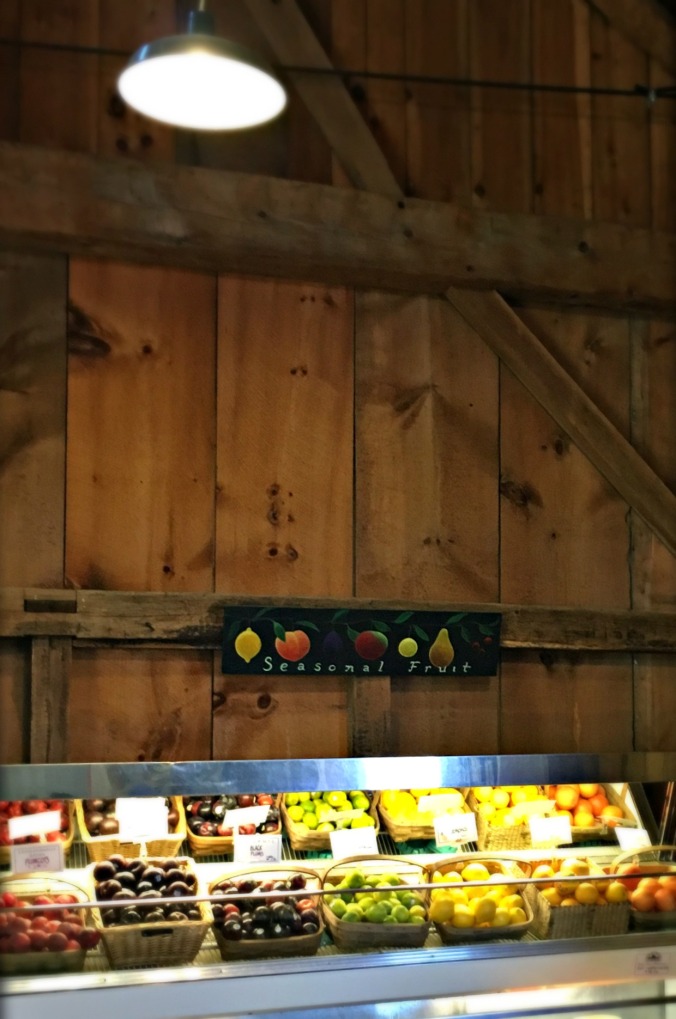 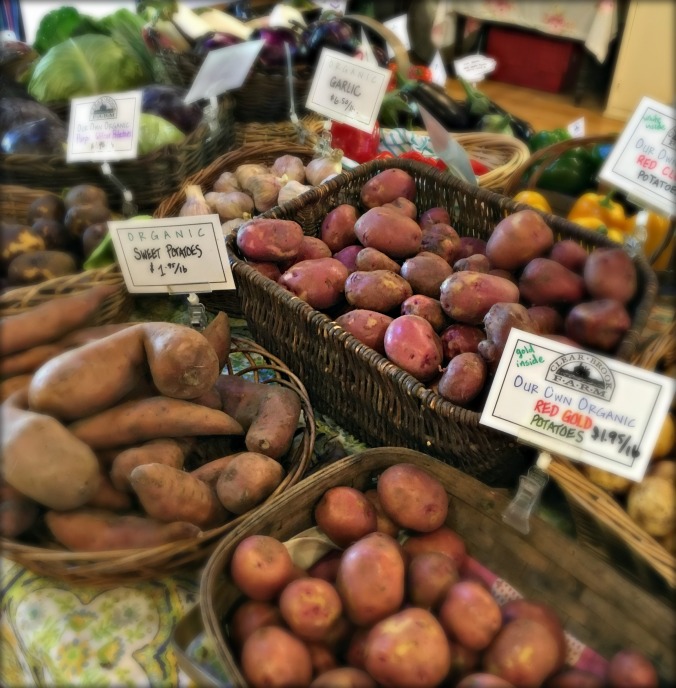 I hate New England winters. There, I said it. Springtime in New England is not the prize, as some have suggested (they have not seen springtime in East Tennessee). This moment in late August—this moment is the prize. The impossibly rocky soil here produces a surprisingly robust and gorgeous summertime yield; it is ephemeral.

Gather ye rosebuds while ye may (or hibiscus, if you prefer) and get thee to a local farm stand.