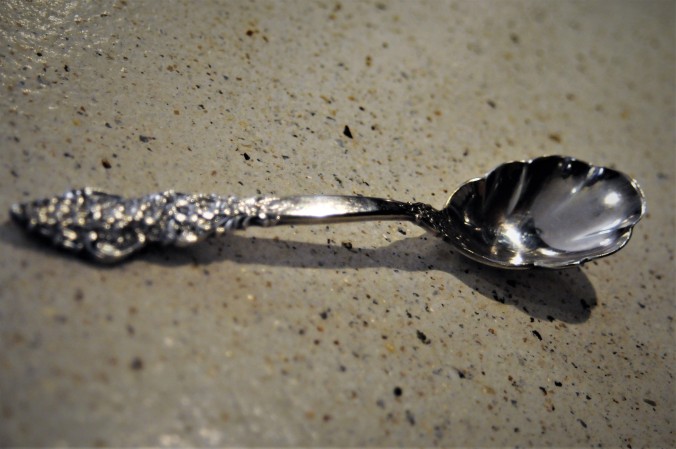 Polishing the silver on a glorious Sunday afternoon means one of two things: the silver is tarnished, or I’m procrastinating. I leave you to draw your own conclusions. Today I had a vestry meeting after church, which meant I got home mid-afternoon, antsy to move around after sitting on my bum for about three hours too long. A certain doggie I know was relieved to see me and overjoyed when I suggested a run, which is what we did in short order. The back yard is an ice rink at the moment, but the town sidewalks are mainly clear after the last storm. Mainly. We finished without casualties, and felt so good for our trouble: me giddy, with flushed cheeks, and Scoutie happy to step into the warm downstairs shower to have the schmutz hosed off his belly and feet and tail. An undercarriage cleaning, you might call it, but we skipped the wax and polish this time around.

The silver, though, did not escape polishing. I love the spoon in the photo up there. Chef David and I fished it out of a 50¢ bin in a roadside antique store several years ago, and then once home discovered it’s sterling and not plate, as the sign on the bin indicated. Sweet. I also love how my great-grandmother Gracie’s tray, the one she received on her retirement from the Atomic Energy Commission after 26 years of service, looks so beautiful and fits so well on the Chef’s family heirloom credenza. Like they were meant to be together.

Tonight the Chef is playing hockey, his teenage daughter is upstairs doing teenage daughter-y things, and Scoutie’s on the sofa with his bum snuggled into me, the other end of him snoring away contentedly. I had creamy turkey soup for supper, a recipe I found on the ‘net a couple of days ago when somebody said he wanted a change from all the brothy soups we’ve been eating. Not bad, could be creamier. But I like the winter habit we’ve embraced of making a giant pot of soup on the weekend, that we eat on all week long.

A final note. I’m starting a new creative exercise called Morning Miniatures—a little something to jump-start my brain in the morning. It’s fiction, mainly, maybe some non-fiction thrown in for good measure. My inspiration is a certain public-school art teacher I had in seventh grade, who was uncharacteristically fabulous. Keep in mind, Memphis, Tennessee, in the mid-1970s. Newly integrated, hot as all get-out, underfunded: really a petri dish for turmoil. But I remember this teacher, who routinely set up a still life for her students to sketch in the 50-minute class. Before we started she gave us ten seconds to make a thumbnail sketch: you couldn’t lift your pencil from the paper, and the goal was to create the still life in miniature before she called time. This is the same: a quick exercise in descriptive writing, not too long to fret over the details. I’ll do it as I can, but my hope is to get out of bed a bit earlier than usual on most mornings and write a little bit while the coffee’s brewing. This morning I made the first one.

Tomorrow is a holiday. Tomorrow, I shall do what I put off today. Or maybe I’ll polish more silver. 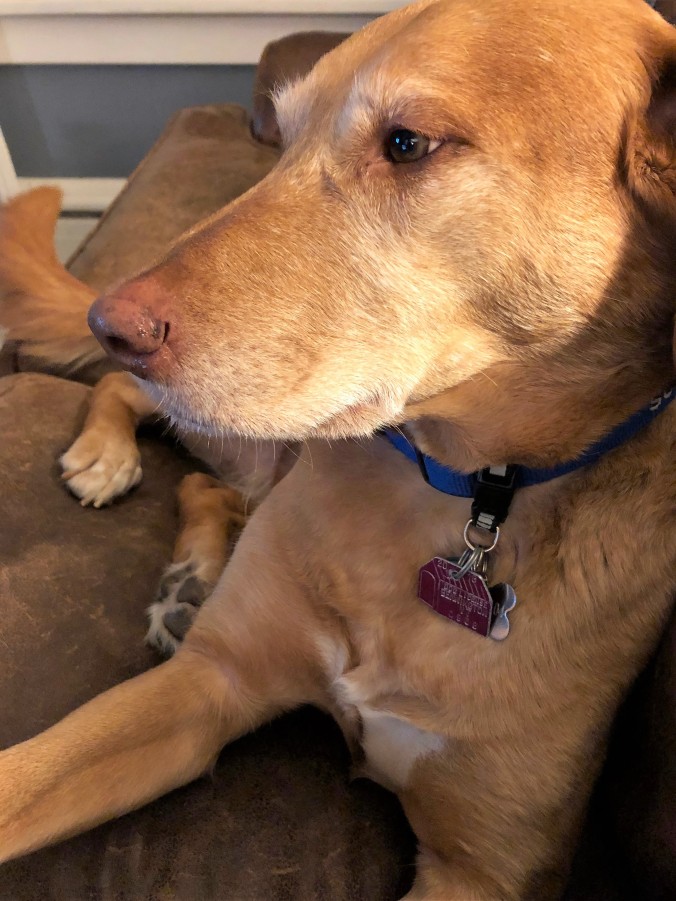