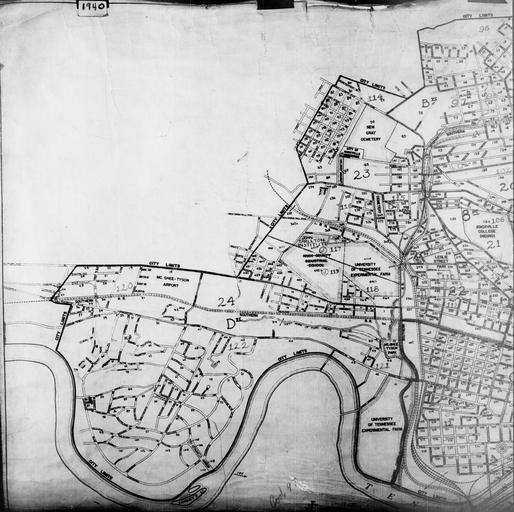 Were you to wander through a particular grand neighborhood in Knoxville, Tennessee, you might stop and stare in bewildered awe at the specimen trees there, old-growth trees. And in springtime the bounty of flowering trees would not escape you, the area’s signature pink and white dogwoods to be sure, but so many others festooned in clashing pastel blossoms, like little girls run amok in their dress-up play clothing. As much delicacy as they possess, there is little subtlety in the motives these trees reveal to the stinging insects flying about: come pollinate us, they cry out seductively like a roadside billboard for some erotica store, sexy stamen just ahead on left.

Next you would notice the homes. If you paid close attention and possessed at least a rudimentary understanding of building periods and materials, you might suspect some have long stood on their sprawling foundations and wooded lots and others have insinuated themselves into tight spaces opportunistically here and there, but only much later. You would also find discrete neighborhoods within this much larger neighborhood, each representing a different building episode, some more discernable than others, set off by masonry and stonework in public spaces—even fountains that speak to the early twentieth-century visionaries who imagined and then built these hamlets. The timing was unfortunate for them, as the Great Depression stood in filthy tatters, tapping its foot impatiently on the near horizon, with its arms folded defiantly over an empty belly: fortunes were made and then lost, and faced with financial ruination, some investors and developers finally ended their lives in desperation, leaving grand plans unfinished. Still, some of the great monuments they built stand in homage to that era, and the neighborhood streets follow the same trajectories they always have, since the time when they first sliced through empty, undeveloped lots on the main channel of the Tennessee River.

Look more closely and you’ll find unusual curvilinear cutouts in some intersections, scallops, almost, where the four corners meet. These oversized intersections were created by design, made wider so that a city bus could pull into them and idle, depositing the neighborhood’s domestic help every morning, and then retrieving them again in the evening. Well-to-do families had servant’s quarters and live-in help, but most every family had at least some kind of help, African American women who commuted into the neighborhood from the other side of the city center, day in and day out. These women would have been expected to work long hours for low wages, but in the early twentieth century in the American South, had few other opportunities for employment. Some white matrons would speak of their black domestics in terms of endearment—and possession—my Dinah, they might say, but their affection was not always mutual, a truth revealed in firsthand historical accounts.

The Freemans were somewhat atypical. They worked for a prosperous white family, but had unfettered use of a separate home adjacent to the ‘big’ house, not so long after the end of the Civil War—the ‘War of Northern Aggression,’ as some called it—and the end of American slavery. Some held that life after emancipation was finally not so different than before. But the Freemans had their little house, their one beast of burden, and a plot of land they could cultivate for themselves. They worked long hours like their colleagues across the river, but still maintained a modicum of normalcy for their two young children. And there were the two acres on the steep hillside planted in all those daffodils, the common ones with big, yellow cups that recalled fancy cordial glasses, and a multitude of variants. Their employer encouraged the Freemans to plant the bulbs, gave them the land to do it and in return took a cut of the profits from this cash crop. The yield was better in some years than others, when there was little more to show for the thankless, back-breaking labor than clothing stained orange from the clay soil. And there was the long ride from the countryside into the market in the center of town to sell the flowers, a journey sometimes fraught with peril. But one could imagine a life worse than working the land, harvesting robust, sweet-smelling daffodils, and raising a young family on a high hilltop overlooking the southern shore of Tennessee River in the 1930s.