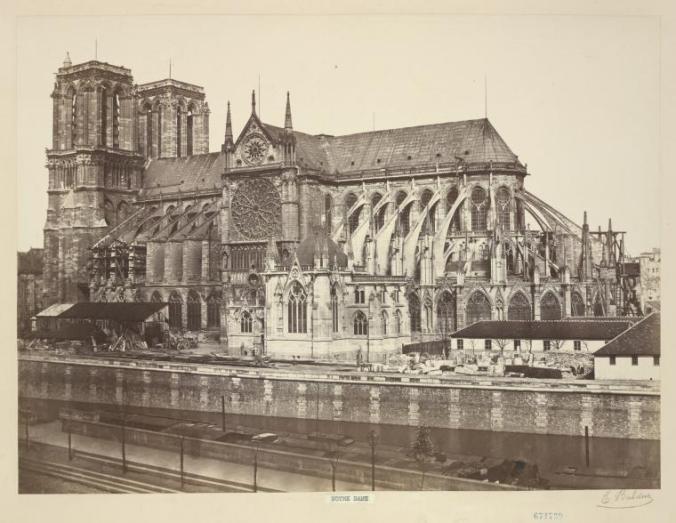 Today I attended an exquisite Easter Sunday service at St. Peter’s Episcopal Church in my little Vermont hometown, but in the midst of the gorgeous music and liturgy couldn’t help thinking about Notre Dame Cathedral and the people of France.

When I was a young undergraduate student at the University of Tennessee, I took an art history course to fulfill some elective hours, because what’s not to love about art history, and also it gave me an excuse to visit the award-winning Art + Architecture Building every week. At the time the building was still new, a modern glass and concrete structure unlike anything UT’s sprawling Knoxville campus had seen until then. The ‘A and A’ has a rectangular footprint, a long building bisected by an open atrium with views of the upper floors’ straightaways and the doors to the classrooms that open off of them, some on the exterior walls and others cantilevered inside the building, making them appear to ‘float’ above the main level.

The main level is the anchor, an inviting open space filled with living trees and comfortable chairs pulled up to lounge tables. The ductwork is exposed, a practice I’m guessing was still new and edgy when that building was designed and built in the early ‘80s. Lots of natural light spills into the interior from unexpected places on high and at street level, giving the ‘public’ areas an even greater sense of openness and volume. Everywhere is hardscape, but instead of feeling cold or brutalist, it feels simply clean and uncluttered. At least, that’s how I see it. Even before I enrolled in that class, and for years afterwards in grad school, I often took breaks there in the middle of the day—anything for an excuse to be in that inspired space for a little while. 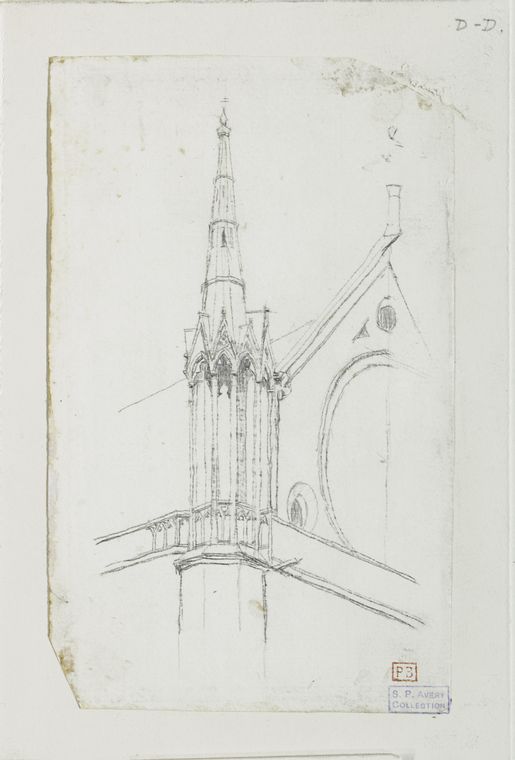 My art history class met in the stadium-style auditorium in the building, a well-appointed space outfitted with plush carpeting and comfortable upholstered seats. The course material, though, was tough, made more challenging by a room kept entirely too warm. I enrolled in the class in winter, when stepping out of the cold and into that delicious building, thence to the cocoon-like comfort of the auditorium, felt satisfying, at least for the first few moments. But as soon as the professor dimmed the lights and took up his place at the lectern, I felt myself growing drowsy: the combination of his voice—which had so little modulation to it—and the heat, made it difficult to stay awake, to say nothing of alert. I sat down front intentionally, smack in the middle of the first row: it was the only strategy I could think of to keep my eyes open for the entire hour-plus lecture (because who’s bloody daft enough to fall asleep in full view of the lecturer?). I’m sure he knew his material forwards and backwards, but it lost something in the delivery. I don’t know, maybe he was jaded: I’m sure lots of enrollees were there not because of a genuine interest in art history so much as the need to tick a box and thus march one teeny step closer to graduation.

Those endless slides, and the monotone—that was the class, two times a week. We also had assigned reading, a couple of papers to write, and possibly the most difficult ever mid-term and final exams in a ‘survey’-style course: the professor queued up a selection of slides, and we sat there in that too-warm darkened room and identified them, one after the other in rapid succession. The final exam was cumulative, and so covered an impossible expanse of art and architecture periods through time. The cathedrals were among the most difficult, if not the most difficult, to identify, because we had only the footprint to go on: they looked a bit like those connect-the-dot diversions a waiter brings your young kid when you’re seated at a busy restaurant. Lots of black dots, some straight lines, some curvilinear ones. And which cathedral is this one? And how about this one? If you’ve never taken art history in college (and never toured cathedrals in Europe) you can still imagine that after scrolling through scores of these footprints, and without drawings or photos of any elevations, there is a certain sameness to them. Humble apologies to any art history professor or architect who may read these words, but I found this incredibly vexing.

I wept with the rest of the world last week watching Notre Dame Cathedral burn: it is a tragedy and an enormous loss to the world, a piece of humanity’s collective heritage badly damaged. The before and after photos impressed me, heartrending to be sure, but also full of hope. And already a debate is bubbling up over whether the spire should be rebuilt as it was before the fire, or instead reimagined. I can appreciate either argument: to restore the cathedral precisely as she was before feels reassuring, but after all the spire was not original to the cathedral: the first one was built in the 13th century, and then removed in 1786 when it became too battered to retain. The spire that came crashing down in last week’s fire was added by Eugène Viollet-le-Duc in the 1850s. So a new design would be a crowning monument for what will be a new building chapter in the cathedral, a record of the here and now, which is its own kind of thrilling.

Excellent design is excellent design—now, and in 12th century France. The best buildings are transformative; certainly Notre Dame is that, and so much more. I appreciate the built environment and love any building that beckons me inside. The new spire on Notre Dame, and the grand dame restored to her glory—I can’t wait to see them. Happy Easter, all.

One thought on “Easter Story: When Buildings Are More Than Mere Buildings”