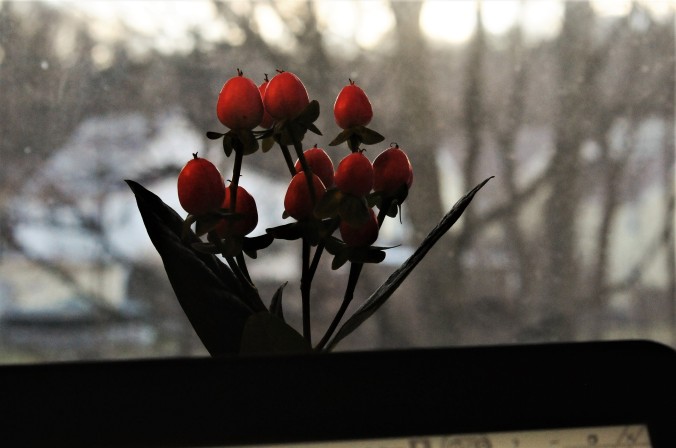 For days stretching into a couple of weeks now, I’ve been working on deep cleaning and reorganizing the creamy yellow office space at the top of our steps, a small but sunny room I share with The Chef—his desk situated at one end and mine at the other like a pair of bookends, with some ‘community’ property separating them. Since the week we moved into our house a little more than two years ago, the office has served as a repository for plastic bins and cardboard boxes stuffed with old files and records (Knoxville Ballet School, chef stuff, et al.), creating obstacles and by default demarcating narrow pathways leading to our desks. Over time I habituated myself to tossing receipts onto my desk, and then forgetting about them, addressing them only when they were piled high enough I could no longer see the actual desk, and whenever it was high time to examine credit card and bank statements.

The net effect of all this for me has been avoidance; rather than sitting in the spot I chose two years ago as my sanctuary in this house, a quiet room where I could work and write, more often than not over the past two years I’ve grabbed my laptop and removed myself instead to a less cluttered place to sit and work. It’s not always a bad thing—writing next to an inviting fireplace on a chilly Vermont winter evening can be wonderful and transformative. But this habit does rather defeat the purpose of a home office/writing sanctuary in the first place.

If you’ve ever undertaken such a massive reorganizing effort, you may have procrastinated long and hard before finally pushing up your sleeves and diving in; I submit two years’ worth of procrastinating is pretty impressive. But at long last, I’m proud to say everything’s cleaned up and organized now, boxes of records sorted through and then jettisoned to the attic, plenty of papers consigned to the burn pile by the fireplace downstairs, and a few other smaller boxes put where they rightly belong. Inside one of these boxes, for example, I discovered several minuscule drawstring bags sewn in pretty textiles—call them ‘possibles’ bags—where you might stow a special piece of jewelry, or a collection of buttons. I started pawing through them, reassigning them here and there within my bedroom dresser drawers.

And then something peculiar in the bottom of that box caught my eye, a thick stack of small plastic zipper bags with black marker scrawlings all over them. Closer scrutiny revealed my own hand, and within each bag, a tiny tooth—evidently I saved every primary tooth my kiddo ever lost, and on each bag detailed when and where. It’s quite a collection and I guess I had forgotten them. I stood there at my dresser for a while flipping through them; some of the bigger specimens now lie in ruins, little toothy crumbs, but there they all were, each with its own story—fell out at the swimming pool, pulled by the gymnastics coach (at my request), wiggled out by the boy himself whilst sitting on the sofa watching a movie.

Then I found the first one, a tiny lower incisor, and inside the bag next to it, a crumpled dollar bill. “1st primary tooth lost, Monday May 3rd, 1999, at school,” went the story. And then this: “+ dollar B left for the tooth fairy in case she didn’t have enough money for other kids.”

Yeah, that’s the stuff that melts a mama’s heart. That made me a little weepy and got me reminiscing about his early childhood and his own sunny yellow room at the top of the steps in our elegant old home in Knoxville, remembering all the cheerful artwork (some of it his), and the bookcases teeming with new stories and old favorites, and his desk in front of the west-facing window (a desk that was once mine). Then in my mind’s eye I wandered up the three child-size steps with the tiny handrail and into his playroom, the kind of space that would delight any child, for its diminished proportions and cocoon-like feel. Shelves and cubbies lined the two longest walls in the oblong room, filled with so many toys and art supplies to fire the imagination, and then finally the gable end of the house and a window looking out on an evergreen hedgerow and the jungle gym just beyond it.

So many adventures unfolded within that space, so many snacks were eaten (so many juice cups upset, and goldfish cracker crumbs smooshed into the soft wool rug on the floor among the colorful little bits of dried-up clay), an occasional nap taken (even by an exhausted parent once in a while), and an ambitious birthday party sleepover where the theme was Mission Impossible, and all the party favors were spy themed.

But mainly, that little lower incisor made me think simply of the essence of that child when he was small. It’s so easy to lose sight of that over time, when childhood grows rather more complicated, schools change, cherished friends fall by the wayside. And after weeks roll into months, and months into years, one day you realize your complicated child is no longer a child, but an anxious and needy teenager who will push you to your limits, and his teachers, and the cadre of experts you’ve enlisted to help. Maybe the collection of lost teeth, and sentimental notes, are finally most important during those moments, to remind you of the child who genuinely worried a fairy might run out of cash, and some other kid would suffer for it, because the essence of that child, I think, must still be somewhere in there, even in his worst moments.

Today when my twenty-something video messaged me, I dangled the little plastic bag in front of the camera, and said, “Looky!”

“What’s that?” he wondered.

“It’s the first tooth you ever lost,” I told him, “and the dollar you left for the tooth fairy, in case she ran out of money to give to other kids. Turns out I have all the teeth you ever lost.”

“Eeeewwww,” he said. But I could see the grin coming.

“There are two kinds of people who keep teeth,” he quipped without missing a beat.

Yellowed and cracked baby teeth notwithstanding, the essence of that child is most assuredly still alive and well. 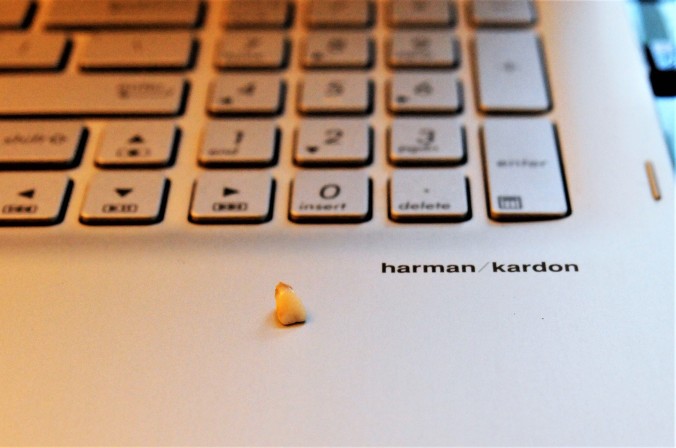 4 thoughts on “The Essence of Us”