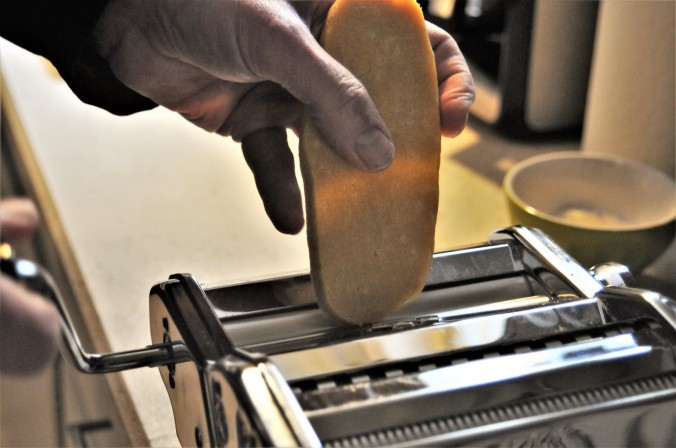 Pretty much straight out of college, my dad went to work for a company called Buckeye Cellulose Corporation in Memphis, Tennessee, a subsidiary of Procter & Gamble, which I bet you’ve heard of. Dad worked there for most of his professional life, and for most of his tenure there as a cotton linter broker. (The linters are the little fuzzies on the seed which are harvested after the cotton bowl is plucked from the plant, and they’re used to make all kinds of products.) Cotton historically has been a pretty big deal down in Memphis; there’s even an annual Cotton Carnival, and a royal court, with a coronation ceremony for the King and Queen of Cotton. Not making this up.

Anyway, because of dad’s work life, our family and others like us sometimes served as test subjects for a number of P&G products through the years; some of them ‘went,’ others not so much. Here’s one that didn’t: magnetized Ivory Soap bars. Somebody in product development, I suppose, had the brilliant idea of creating a cake of soap with a teeny magnet buried inside it. You installed the opposing magnet thingummie on your bathtub tile or surround, and then, thwap!, the bar of soap would stick right to the wall, like magic. Problem was, teeny magnet. Choking hazard, drain clogger-upper, et al., as you can imagine.

I was about five at the time, and I actually thought our magnetic soap bars were pretty nifty. And I never tried to eat it—the soap, or the magnet. Plus, mom used them all over the front of our fridge to affix all my artwork to it—dozens of little grey metal cylinders everywhere, including the floor.

There were other products. About the time my brother was born, P&G was developing disposable diapers, eventually calling them Pampers®. Because there was a new baby in our house, we got them by the gigantic cardboard boxload. Unfortunately, they made his little newborn baby ass break out in bright red hives. In fairness to Pampers, that might have been less owing to the diapers themselves than to the kid; he was allergic to everything.

Probably the best product testing, at least as far as I was concerned, came during the development of the ‘perfect’ potato chip, the salty and uniformly made snacks known as Pringles that came stacked inside a can. Kellogg owns them now, but P&G invented them. We loved ‘em, even though these days I find them revolting and wouldn’t go near one.

Necessity is the mother of invention, as the conventional wisdom goes. But does anybody in the world really need magnetic soap bars? While it’s kind of a groovy concept, doubtful. And the world would probably be better off, mainly, without disposable diapers and nesting salty snacks.

But here’s a thing I’ll argue everybody needs: fresh pasta. Mm-hm. And this is the nifty little hand-crank contraption you can use to make it in your own kitchen:

That is the Marcato Atlas pasta maker—it’s da bomb, like the genuine Stetson cowboy hat or the Radio Flyer trike. We got ours just a few days ago, courtesy of my brother and his wife, who sent us an Amazon gift card for Christmas. Because, we need fresh pasta, and because, chef. We’re still working out a few kinks with flour types and flour-to-egg ratios, but today we made some beautiful fettuccine and spaghetti, for starters. And even though the Chinese lay claim to pasta as theirs, necessity was the mother of a beautiful invention indeed in early 20th century Italy. 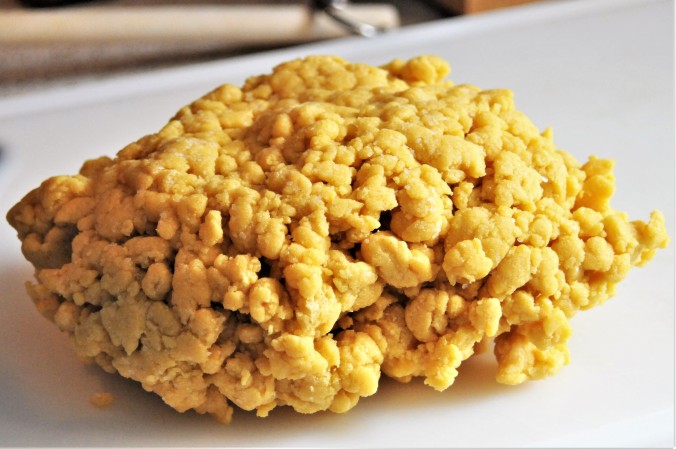 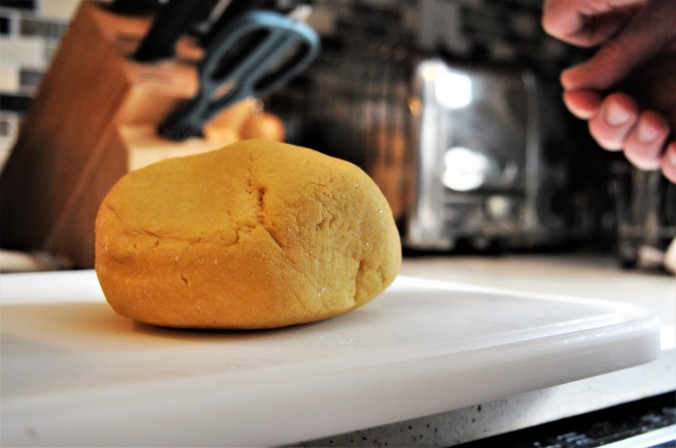 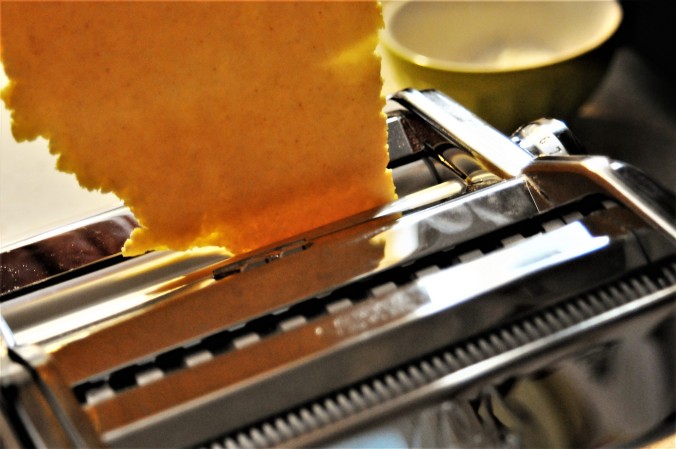 Hat tip to you, Mr. Otello Marcato, and to all the other creative thinkers and problem solvers. 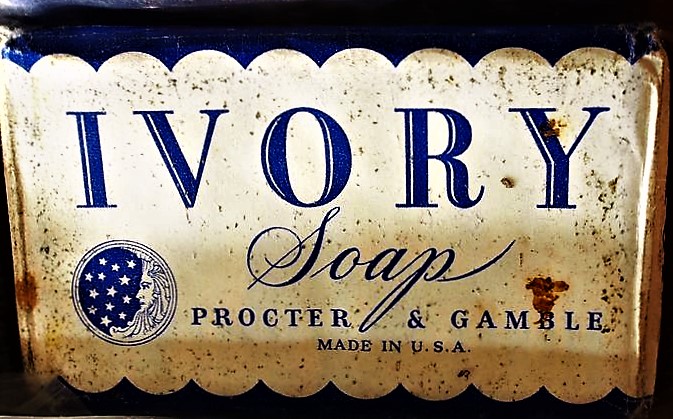 One thought on “Photo Essay: The Mother of Invention”