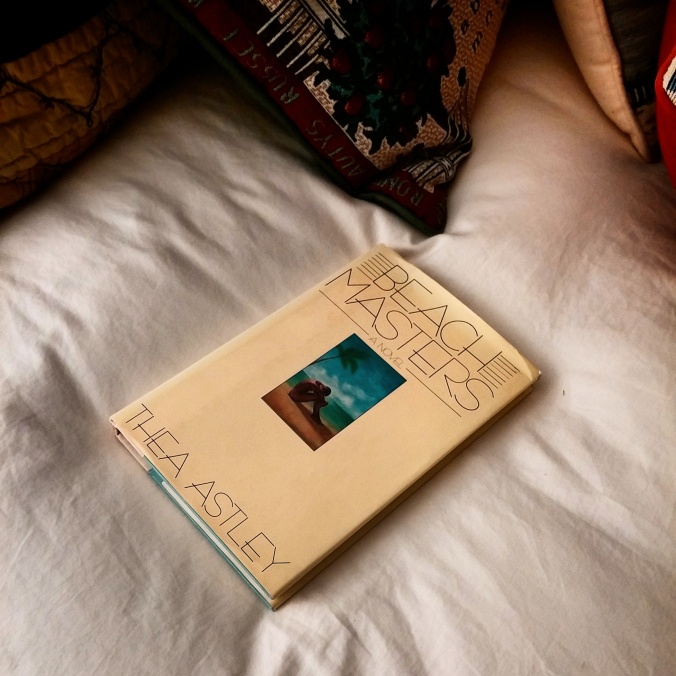 Rebecca is an intelligent, creative woman whose work I had only known through her blog when I arrived in Vermont. Later we met in person on several very happy occasions, once at her beautiful home (we also discovered we lived on roughly opposite ends of the exact same rural highway). Anywho. About a month ago Rebecca started a reading challenge, where she suggested anybody so interested would join her (and her family) in reading a book a month, in a particular category, the first one being a book set in a different country. This was on January 9th, meaning that the chosen book was to have been read and reported upon by February 9th. Or not, up to the participants (it’s pretty dang informal).

For some reason I decided I needed this challenge, seeing as I was smack in the middle of my third move to a new town in as many years, on the threshold of starting work for a really groovy marketing company on January 19th–and starting a new life with my Handsome Chef Boyfriend. This has been a huge transition for everybody concerned. Ergo, the book challenge. Makes perfect sense. Time to turn a new leaf.

So I chose Thea Astley’s novel, Beach Masters, penned in 1986 and set in the <fictional> South Pacific island of Kristi, where the idyllic lives of the French and English colonists are about to be upset by a native coup, of sorts.

A bit of background.

In February of 2000 I had a challenging first-grader at home and was thoroughly immersed in my busy family life, my primary occupation parenting him and thinking about what I saw myself doing, maybe professionally, a few years down the road. I woke up one morning just before Valentine’s Day with a terrifying obstruction in the central vision of one eye. It turned out to be a serious retina disease. A day after my diagnosis I had invasive eye surgery in an attempt to save my central vision, which was only somewhat successful. Over a period of years I’ve had thirteen recurrences (typical for this particular disease), the most recent one since I moved to Vermont–that was the only one that involuted on its own and never required follow-up treatment. The worst part of this insidious disease aside from blindness is that it requires constant monitoring, which is lifelong. And there is a chance it will move to the other eye at some point (it often does).

I really don’t like to dwell on this thing, because then it wins. But the point of telling the story is that I made some resolutions after my diagnosis and surgery. I had to lay face down in a special recovery chair for a week following surgery, during which time I was not allowed to read. At all. I could not move my eyes back and forth across lines of text because of the strain on recovering muscles. A friend brought me a bunch of audio books, so I at least had those, but precious little else to occupy the longest seven days of my life, marked not only by intense boredom and paralyzing fear, but horrific low back pain and waves of nausea. And a lot of time to think about things. One thing I resolved: I would never, ever again waste time on a book that 1) someone insisted I should read, no matter how pure their intentions, or 2) that did not hook me pretty quickly once I started reading it. When you might lose your ability to read at all, you get to make rules like that.

I spent a big part of 2012 going through an enormous library I had built over two decades, making difficult decisions about which of my books would come with me to Vermont and which I would leave behind. I fingered the spine of Beach Masters, and several other novels on the same shelf, and threw them into one of the many “keep” piles.

So here now is my attempt to synthesize the last month of reading. First, I am not finished–I’m about halfway there; I am lucky if I can read a couple of pages a day right now. Second, this book makes no sense to me. The New York Times gave it a fantastic review when it was published, and Thea Astley (now gone) was a celebrated, award-winning author–highly respected. So I have every confidence the problem lies with me. But I have struggled like crazy to follow the plot, and keep up with character names, and to understand the pidgin English, with its phonetic spellings–sometimes I get it, often I do not. And I understand its importance to the telling of the story.

But mainly, I broke my own rule—I stuck with a bad book (bad to me, at least), hoping I would at some point find its magic. And right after I started reading I found a bookmark a few pages into it. I had already been down this road once before, and thought better of it.

So guess what the next theme is in Rebecca’s challenge? A book you started but never finished. Mmm-hmm. Totally serious. I am sitting on the fence here, trying to decide what to do. But I am thinking I’ll keep on with this one, and maybe I’ll actually finish it by March 9th. Rebecca is hugely inspiring (and way more literate and articulate than I). I’ll let you know what happens.

Meanwhile, want to take the challenge? I’d love it if you’d join me (and Rebecca).

One thought on “Rebecca’s Reading Challenge”