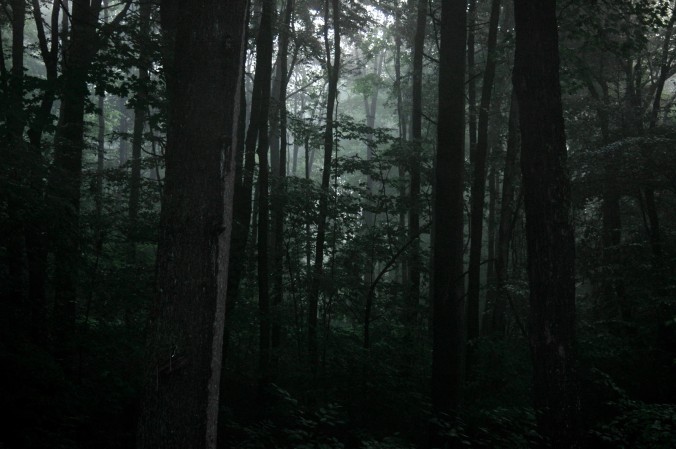 Giselle is a story ballet with Romantic-era sensibilities that still somehow reaches modern audiences. In it a pretty peasant girl—Giselle—dies at the close of the first act, duped by a handsome nobleman promised to a princess, her heart too weak to withstand the loss. In the second act she is transformed into a wili, a ghost who rises from her grave every night to join others of her ilk, each a bride also jilted by a lover before being wed to him. Any of those young cads foolish enough to venture into the forest late at night risks meeting his death at the hands of the wilis, who will dance him into his grave (ergo, ballet). The wilis disappear at dawn’s first light, which happens near the end of the second act in the ballet.

The woods outside our door this morning reminded me of that scene. Plenty of fog, but not a wili in sight.