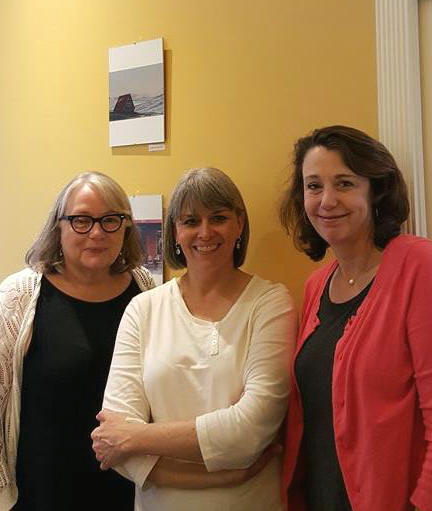 Our parents serve as eternal reminders of every ‘cute’ thing we said and did in childhood, however stridently we might wish to forget: it’s a parenting privilege. I find myself doing it to my own twenty-something these days, even across the miles that separate us. I need my bref-kass, I mutter in the early morning hours to no one in particular, channeling his misinterpretation of the word breakfast when he was two. The language wire so comically crossed in his noggin stayed that way for years, rerouted by a speech pathologist just in time for middle school. (His peers will slaughter him next year, had come the peremptory warning from the elementary school principal.) I missed that little glitch when it was finally gone. Parenting privilege.

In my own early childhood, it was the post-kindergarten report: how was your first day of school, my parents wanted to know?

I loved school, could not wait to go, and continued to love it mainly, save a couple of ‘prime suffering years’ during adolescence, as a beloved fictional character might say. On the first day of kindergarten, though, my enthusiastic response evidently went something like this: “Today I made some new REAL friends!” Hilarity ensued.

It’s not an exceptional first day report, really, except for the emphasis. Even at five I clearly possessed some awareness of the distinction between casual acquaintance and friend, I think, however rudimentary.

Friendship is work, going both ways. Like anything worthwhile, it requires regular care and upkeep; neglect it and it languishes. When friendship feels effortless (it is never truly effortless), that’s proof positive of good chemistry. At least that’s how I view it.

When the planets in one’s life begin to misalign, when the glue that holds together the firmament dries and cracks and begins to flake away, the joy of a friendship transforms into hard labor. That’s a heavy yoke for a friend to bear—at least, if the burden persists beyond some decent interval of time. The last few years I lived in Tennessee I think I had grown too difficult for some of the people around me, some of my real friends—too high-maintenance, if you will, and at times even insufferable. I remain forever grateful to a particular few who stuck it out with me, when it felt like the effort had flowed mainly one way for too long.

There is a simpler piece to friendship, though, and that is time, a luxury I took for granted for years. My friends and I were lucky, even sheltered, tucked away in a beautiful, prosperous community, held together with common values to be sure, but mainly our children. I can’t speak for any of them now, but I was short-sighted. I never anticipated a future when the luxury of time would evaporate, when our lives would grow more complicated, when geography and divergent interests would conspire to separate us: I assumed there would always be lunch on the occasional Friday afternoon, or dinner on a weeknight, or Shakespeare on the Square with bag chairs and a picnic in summer.

It also never dawned on me, poised as I was to start life anew in a place far removed from my family and friends, the impossibility of repotting those plants. (To be fair, I was focused on survival.) The reality is, when you no longer have church—however that looks—or community to unite you with others of your ilk, you will come up empty handed. Add to that a life bereft of the luxury of time, and you can forget about fostering anything more than a few casual acquaintances in a place that still does not feel like home.

But casual acquaintances have a way of morphing into real friendships, and therein lies salvation. So many significant friendships start this way: with rare exception, I’m hard pressed to define a specific point in time where the connections in my life crossed the threshold from casual to real.

Meanwhile I imagine a point on the horizon when I once again possess the luxury of time for friends. We’ll meet for lunch or dinner to talk about a shared experience for far too long—we might even shut down the little noodle eatery in Union Square at 11pm, forced to finish our conversation back at my Manhattan rental until almost dawn, because there is still so much to say. Or I’ll admire my friend’s most recent creation (she is gifted); I’ll finger the landscape on a piece of her pottery and tell her I love the blue glaze, her latest textile work will inspire me and I’ll lament for the umpteenth time how I can’t do anything with my hands, and my friend will wave it off like it’s nothing. Or my friend and I will talk about how hard it is to recognize the right moment to step away and watch an adult child suffer, or know when to step in and help. Or we’ll fiddle with our cameras and talk about apertures and my friend will know much more than I and I’ll feebly follow along as best I can and try to learn; but we’ll finish with chocolate dessert, which always makes everything better. Or we’ll stay on the phone for far too long speaking a language nobody else understands, the language of ballet divas, but he is from the South like me and so we have this extra layer of camaraderie, and we’ll channel our best French-Southern ballet-speak and explode in laughter and agree as our phones die we need to talk more often.

I’ll do all these things again with my real friends.