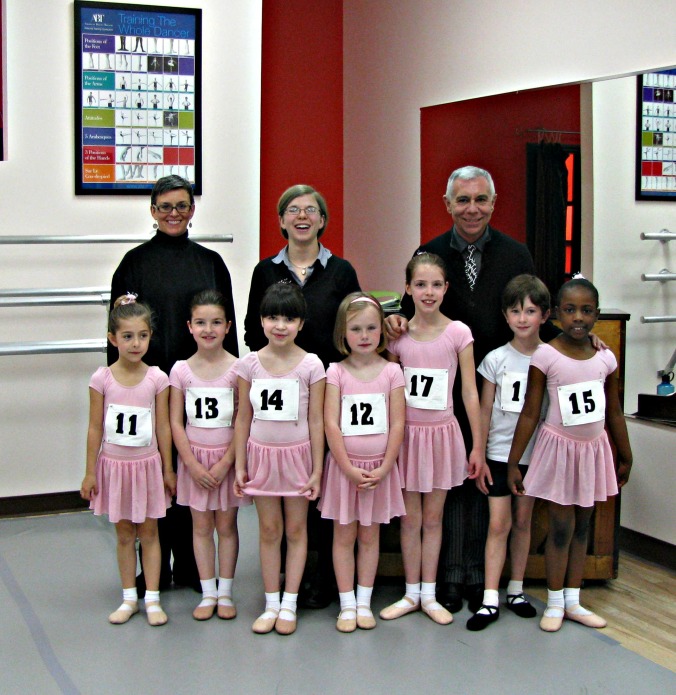 Dancers are the athletes of God. –Albert Einstein

Last Thursday, television personality Lara Spencer publicly shamed England’s young Prince George on Good Morning America in front of a live studio audience, taunting him about the ballet classes the young English Royal takes as part of an ambitious program of studies. Ms. Spencer’s observations were tantamount to an attention-grabbing ‘mean girls’-style diatribe where a middle-school version of herself pops her chewing gum, flips her hair, and caterwauls dramatically, “Oh my GOD, you guys, Prince George is taking BALLET! How GAY is that!” Then all her mean-girl cronies erupt in giggles.

We can forgive the middle school kid for her ignorance and insecurities and hope that in time she matures and emerges as an enlightened adult, or at least a tolerant one. We can hope. But this Lara Spencer is a grown woman on national television with a measure of accountability when it comes to behaving, you know, like a grownup. Instead, on Thursday she behaved like a bully, plain and simple, and plenty of the people in her company that day seemed to approve, just as her middle-school cronies might have.

The ballet world watched in horror with its collective mouths agape, many of us I suspect seeing this clip for the first time via social media newsfeeds: The ignorance of Lara Spencer’s juvenile and insensitive observations is disheartening, to say the least. She’s since come forward and apologized on her Instagram feed, but the apology rings untrue, like the kind your mom forced you to make when you whapped your little brother on the noggin and made him cry: You said I’m sorry, but you meant to whap him and in your heart of hearts knew you’d do it again without hesitation.

We infer from Ms. Spencer’s remarks that she finds ballet undesirable for little boys to undertake because they are boys, and boys don’t enroll in ballet class. We also infer she believes boys don’t like ballet. I honestly don’t know what cave she’s been living in.

Great Britain has a noble and long-lived tradition of classical ballet, as seen in its professional training schools, and in its ballet companies. It’s no secret Princess Diana was a ballet aficionado, patron, and a would-be ballerina herself once upon a time. And stateside, the Jacqueline Kennedy Onassis School of American Ballet Theatre, where I undertook my teacher training, has a beautiful collaborative friendship with England’s Royal Ballet School. These institutions and the people who founded and support them and train in them know nothing of Lara Spencer’s cave.

Let’s explore the notion that ‘boys don’t like ballet’ for a moment. I won’t lie: I used to think of the vast majority of East Tennesseans as hayseeds when it came to things like art and culture. When I opened a small private ballet school in Knoxville, Tennessee in 2006, I anticipated difficult conversations with parents uninitiated in the ways of the ballet world: No, we don’t wear underpants under our tights because it looks horrid and obscures the leg line, just like you’d never think of wearing panties under your swim suit, and yes, your daughter’s hair must be swept up into a classical bun for her classes, neat as a pin—that kind of thing, playing on continuous loop. The uninitiated during fall term emerged in spring term all the wiser, veteran ballet parents who eventually joined me in helping the next crop of newbies get their feet wet in the fall.

But I also taught boys at Knoxville Ballet School, a few brave boys with open-minded parents, boys who appeared to like ballet. And I found some of my ballet school dads actually understood the ‘whys’ behind the school’s policies better than the moms—or at least, it was easier for me to explain these notions to them. Why does my son have to come to class three times a week? Because he needs consistent training to move ahead in this discipline, just as he might have soccer or baseball practice three times a week during the season. (I loved seeing the lightbulb switch on during these occasions.)

I encountered ignorance, to be sure. I recall one occasion where a boy-sibling squared his shoulders and ‘man-‘splained’ to me triumphantly, Ballet is for girls! That’s funny, I said: Wonder who all those men are up on the stage partnering all the ladies in the fancy ballets—where do you suppose they came from?

On countless occasions I also witnessed younger brothers along for the ride who pressed their noses longingly into the observation window glass, watching their sisters in class, obviously smitten with the magic going on inside the ballet classroom—ever watchful but still firmly rooted on the wrong side of the window. Ms. Spencer: It’s hard enough to convince a boy to dance, without your damaging remarks.

Humor me while I step back into my teaching shoes for just a few more moments. Here’s a look at an interesting training outreach program the Royal Ballet School of England offers throughout the UK—you’ll notice boys in this short video, who appear to…like ballet:

And here’s professional company class at England’s Royal Ballet on World Ballet Day 2017. It’s long, at over an hour. I suggest watching a couple of short barre warmup exercises right at the start, and then fast forward to 1:02:00, near the end, to see what those little boys in the first video—the ones with the moxie, who toughed it out and went on to life as professional dancers—can do as grown men and exquisite athletes.

Artists, yes, but athletes? Absolutely. Have a look:

Finally, I leave you with a spectacular and lively performance by Royal Ballet principal dancer Steven McRae, who first developed an interest in taking ballet classes in his native Australia at age seven, after watching his sister’s ballet classes. This performance, which isn’t classical but is instead tap dancing, beautifully underscores the athleticism and artistic diversity of today’s dancer. Ballet teachers in the United States are tasked with encouraging young kids—girls and boys—to take ballet classes, educating their parents about the discipline necessary for studying classical ballet and all that it entails, and in short, helping them become intelligent consumers of ballet. In a single uninformed gesture, Lara Spencer—a public figure—obliterated the work of ballet teachers everywhere, and at the same moment discouraged a boy somewhere from being brave enough to put on a pair of ballet shoes and step into the classroom.

There are still fewer men on professional ballet company rosters than there are women, and far fewer boys in classes most places in the US than girls. Hat tip to you, young Prince George, and best wishes for success in all your lessons. And for Lara Spencer and her ilk: If this short clip—Czárdás—doesn’t underscore for you the notion that boys do indeed like ballet, and if it doesn’t make you want to jump up and dance yourself, you’d probably best stay inside your cave.