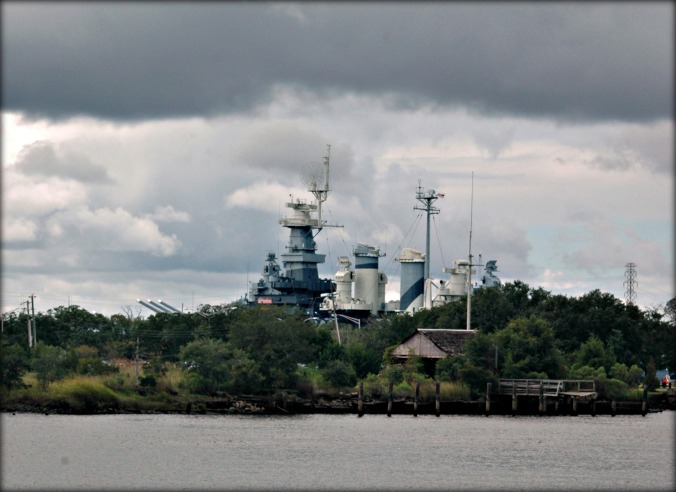 Nothing like wandering around in the bowels of a lovingly restored battleship to open your eyes to the daunting threat America faced on the eve of the Second World War. Destined to be sold for scrap after her decommissioning, the U.S.S. North Carolina now floats proudly in her moorings on the Cape Fear River opposite downtown Wilmington’s peaceful waterfront, a labor of love kept afloat by North Carolina and the generosity of charitable donors. The ship’s website suggests two hours for the self-guided tour to see the ship; it is not enough, friends. In two hours’ time the three of us—Handsome Chef Boyfriend, the 23-year-old who cleverly suggested this outing in the first place, and I—navigated through only a fraction of what’s currently on exhibit in the ship.

The tour is physically demanding, emphatically not for the elderly or the very young. There is no easy way out to find a toilet or take a break: once you start, you’re fully committed. And if you find tight spaces bothersome, best to stay outside on the main deck and enjoy the engineering marvel that is this magnificent floating city. Imagine her 2,000-plus troops engaged in the toils of war every hour of every day, if you can; I cannot. Piped-in music of the day, 1940s photos shot from the very spot where you now stand, human cutouts to help provide scale where you can’t go—all of these conspire to interpret daily life aboard the ship; hat tip to the U.S.S. North Carolina. We will visit again.

Shooting without a flash in low light remains a challenge for me, what with my old-ish Nikon, novice sensibilities, and unsteady hand; I get a little better with each exercise. Add to these challenges the tourists queued behind you while you’re trying to set up a shot, and the consequence for me is sloppy work. I don’t need fancier equipment ‘til I improve my hand with what I possess at the moment. I’m not a lifelong photographer, but in other pursuits I know this truth: producing a high-quality result should not depend on special equipment, but once you have it at your disposal, you spend less time “fighting” to get the results you want. I’d be thrilled for other photographers to weigh in on this in the comments.

Things I’m learning about myself as I explore photography: my eye is drawn to beautiful lines, to thoughtful industrial design, and to timeless materials (brass and copper, for example) used copiously in an era when manufacturers took the same care with the creation of a name plate as they did with engineering the “thing” itself. None of these is in short supply on the U.S.S. North Carolina, an appealing new example around every corner. And HCB could not have been more thrilled to find the ship’s many galleys fully restored, stocked with equipment cleaned and polished to a fare-thee-well and looking for all the world like it could be fired up again tomorrow. He explained to us the purpose for every appliance and fixture; many have changed little through time, some look superior to what we use nowadays.

A few geeky factoids about the ship:

All told I shot nearly a hundred images, edited about 50 and threw out as many; here are the best. Steal ’em and you’ll be walkin’ the plank, though; aaarrggh. Welcome aboard. 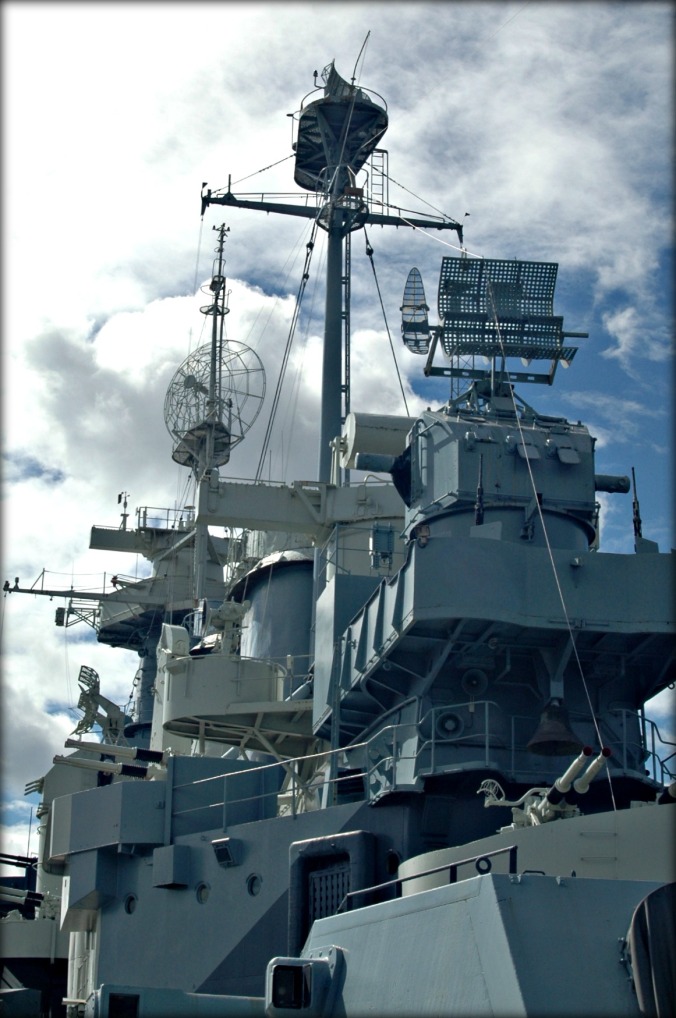 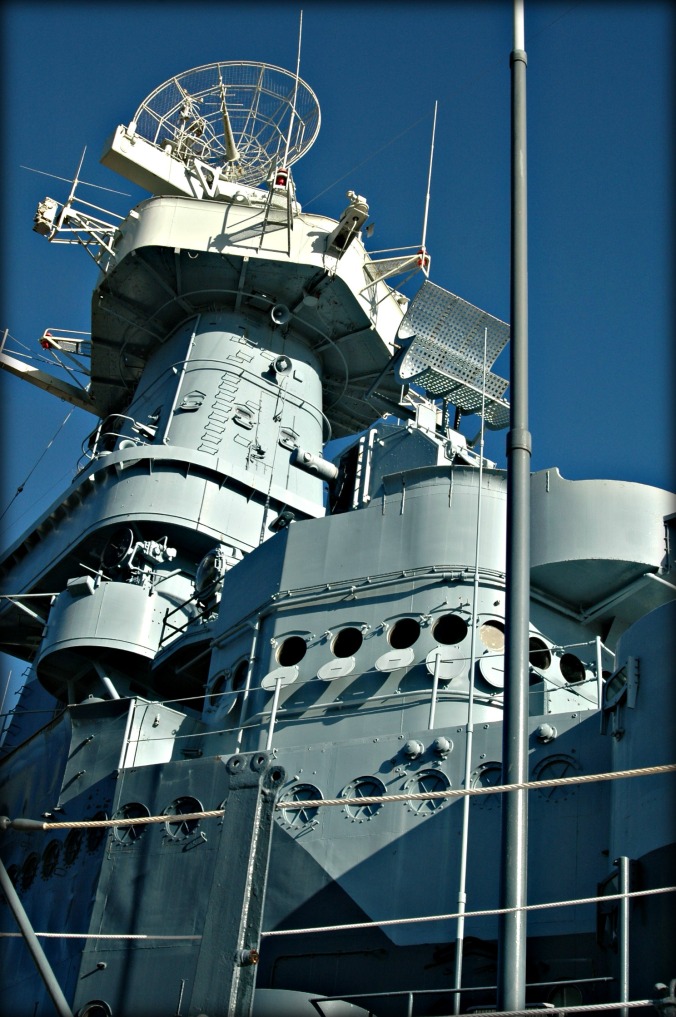 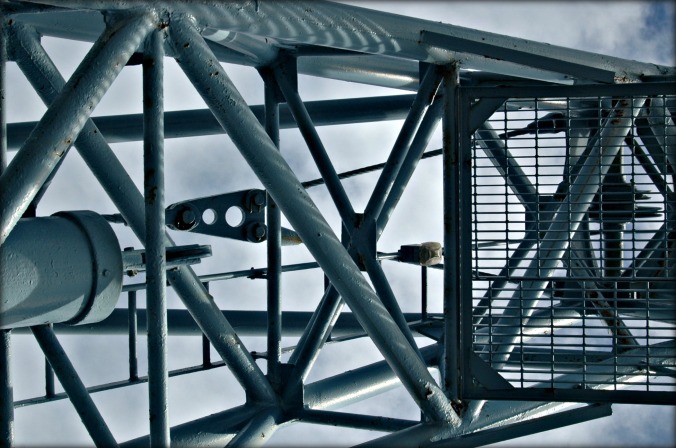 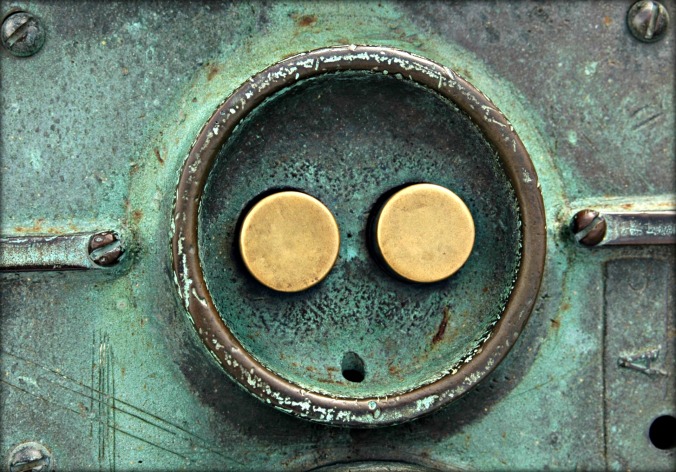 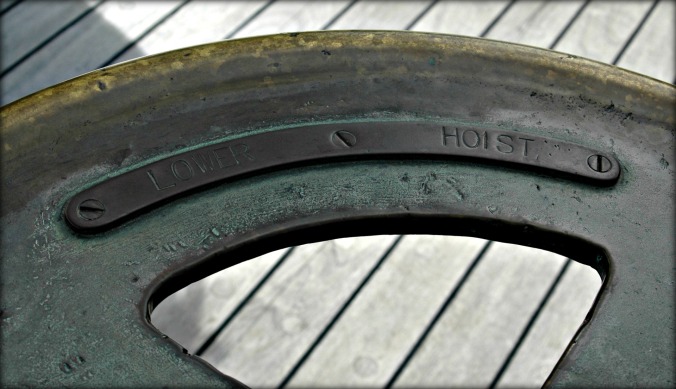 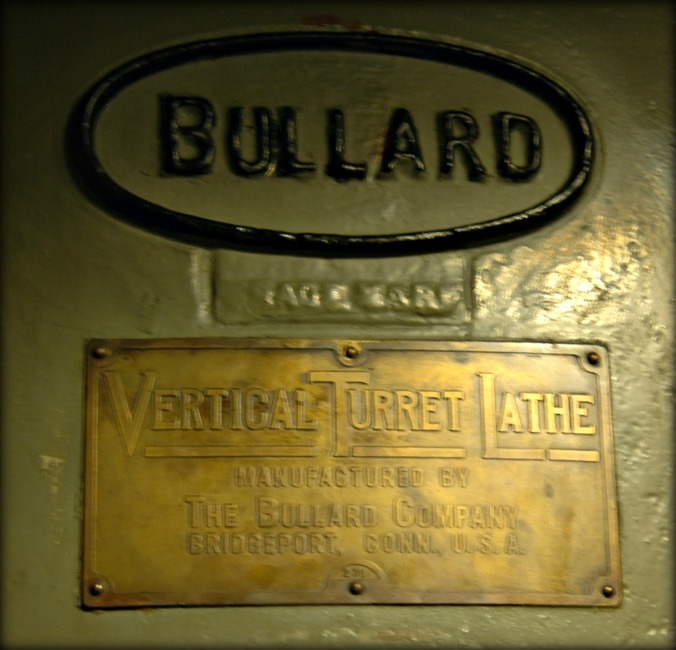 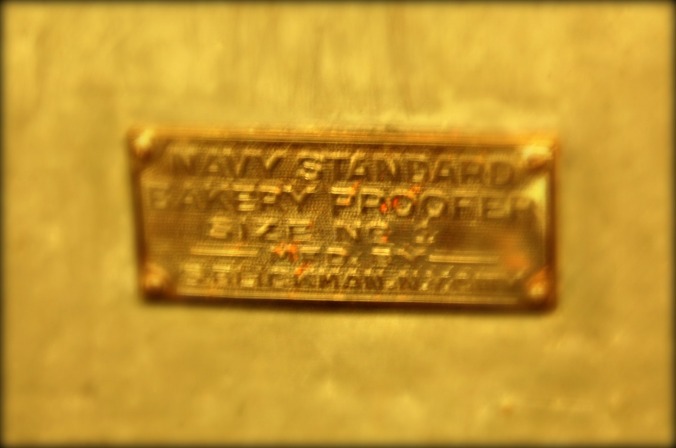 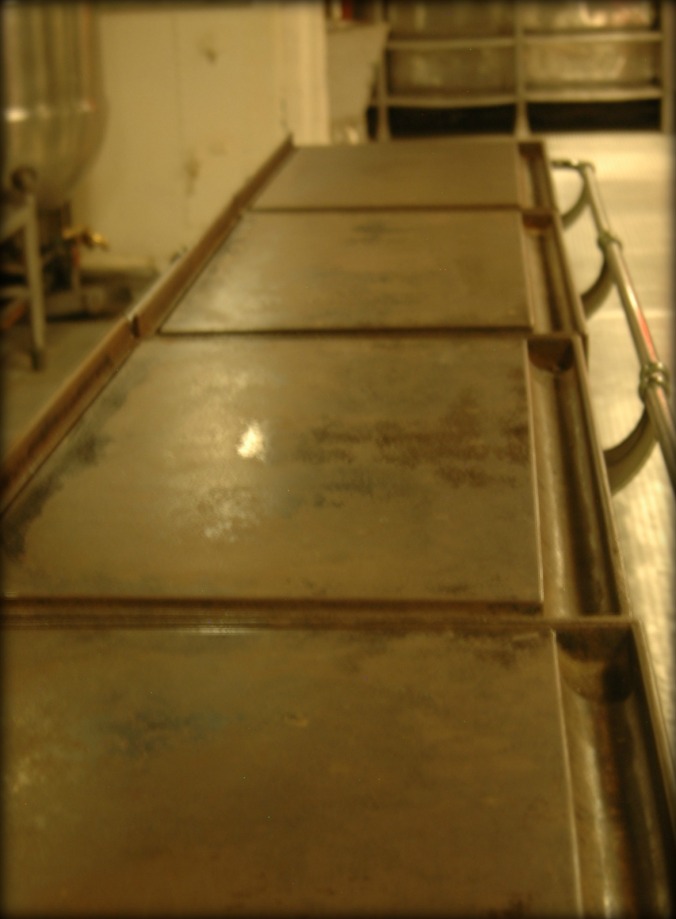 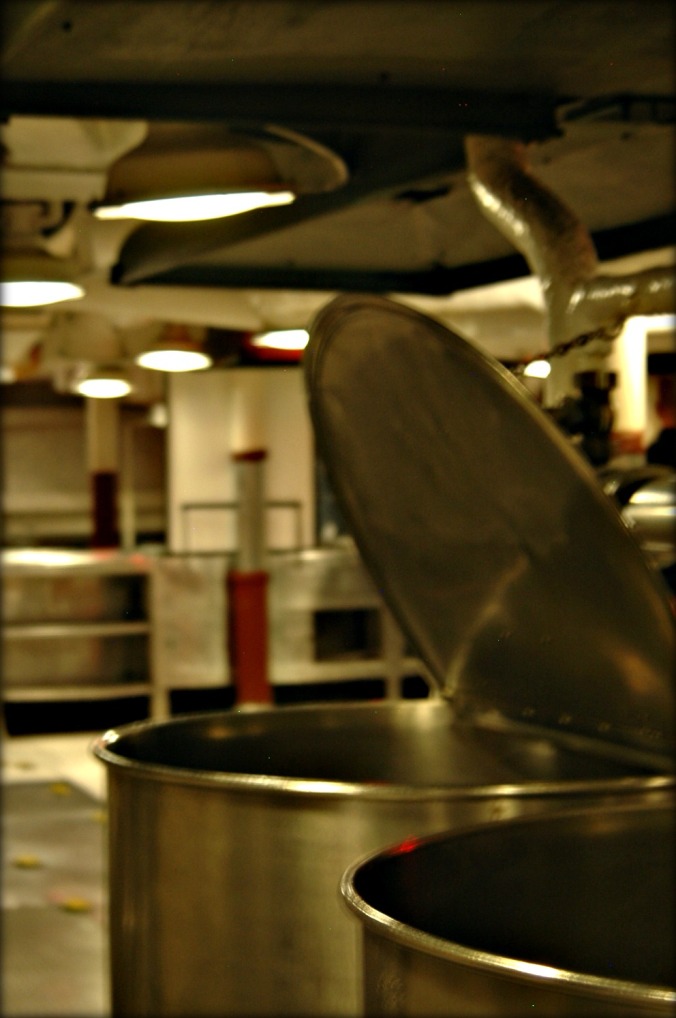 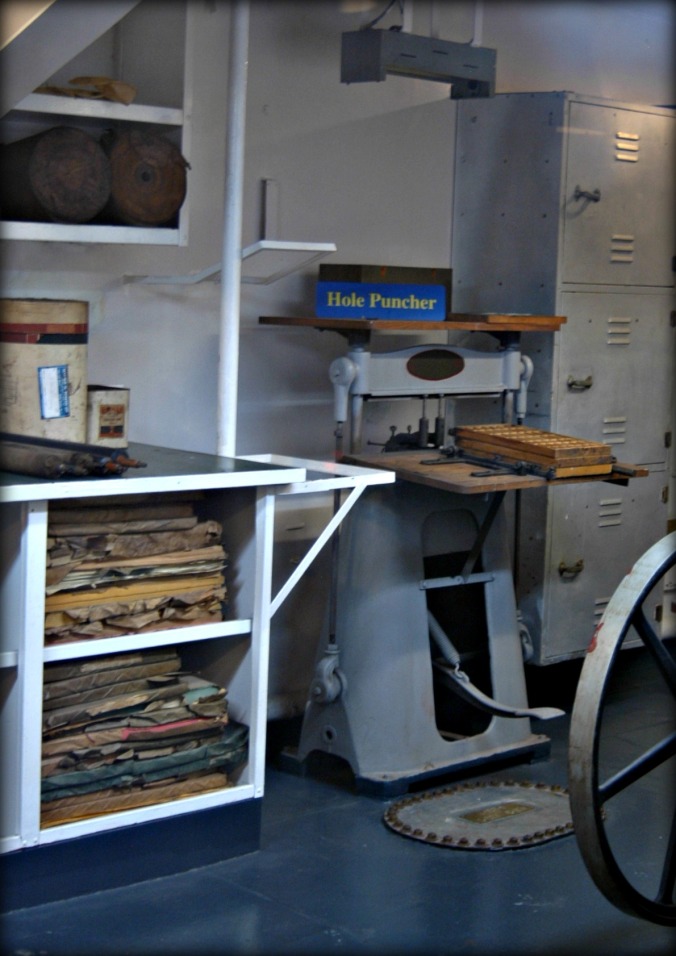 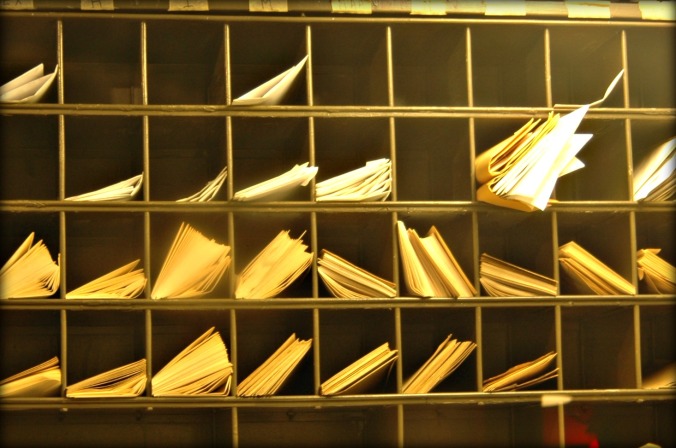 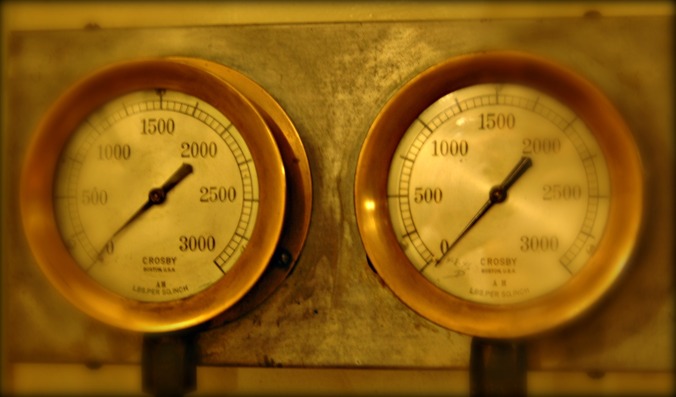