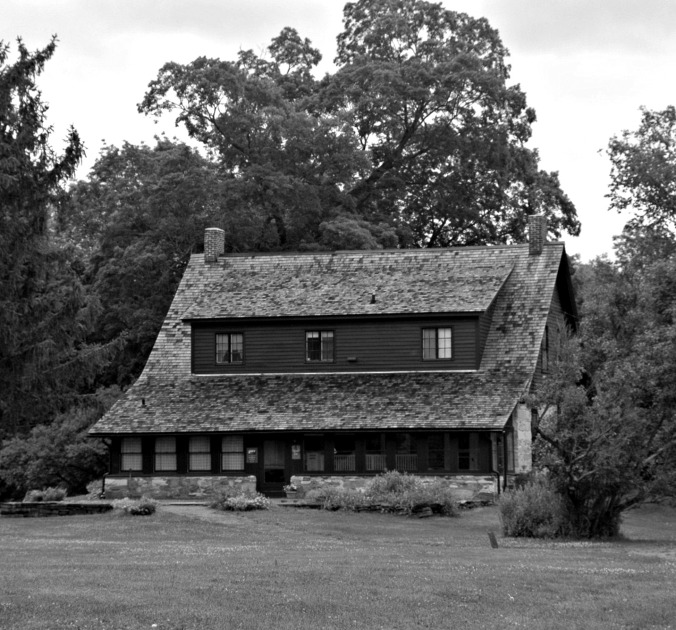 Yesterday perfectly illustrated what people must mean when they say there’s a “damp chill” in the air—July in Vermont can feel distinctly like October elsewhere, when rain has elbowed its way in and made itself at home right on top of you for a few days. (Shorts? What was I thinking—hand me my sweater.)

It was not that way at all on a June morning in 1922 when Robert Frost tiptoed downstairs in his Vermont cottage so as not to disturb his sleeping family, sat at the dining table and whipped out Stopping by Woods on a Snowy Evening—very quickly by his own account, nor was there much fiddling with it before it was done, so he said. He’d meant to work on something bigger when this small poem whose meaning would torment students and scholars alike for most of a century spilled out of his pen instead. He would go on to insist there was no metaphor for death in the poem, as so many believed, at least that was not his conscious intent.

Frost’s Vermont cottage sits almost in the middle of Route 7A in Shaftsbury, undoubtedly less pinched before the highway was widened; now it’s a house museum with seasonal hours. I pass it twice daily most days. Every single time it calls out, hey, why in the world have you not stopped by these here woods? Yesterday was the day.

Poetry eludes me, mostly. In college I feigned interest while professors opined about a couplet, but took copious notes, tried hard, and still missed the point. And when the question was finally put to us, What is the poet saying here? hands shooting up all around the room, I sunk lower in my desk thinking, I got nothing—pretty words, though.

So I am deficient in this awful way, a romantic’s nightmare. But I grew to love two poems Frost wrote—Stopping by Woods after I became a parent and obtained a beautifully illustrated copy meant for children and which I read many, many times to my child when he was young. And After Apple-Picking, for its association with a beloved high school English teacher who so beautifully explained the word hoary, and whose reading of the poem made me want to drop what I was doing and go to New England.

So at long last I’ve arrived here, decades hence, and finally visited Robert Frost’s house in the ‘hood. The thrill in it for me was less about the poet and more about the house itself: I’ll always be a student of historic structures, and the opportunity to get right up next to one and photograph it is nothing less than delectable.

As measured even by forgiving standards, the museum itself is a disappointment. Photography inside is forbidden (I would love to record some of the very early building details that remain), and only the first floor is on exhibit. But the house has undergone so many modifications in its 257 years it’s hard to see it as it once must have been, to say nothing of how it looked when the Frost family lived there (only a few pieces of furniture remain). The self-guided brochure promises “the exhibits will make you feel as if you met Frost.”

They do not. What you get instead is a boatload of memorabilia, news stories, photographs, and some bizarre old-style museum wall displays meant to encapsulate a moment in the writer’s life. In fairness, there is a lovely hallway homage to J. J. Lankes, whose familiar woodcut illustrations appear in two volumes of Frost poetry. Elsewhere there are copious missed opportunities. It’s waiting for a visionary with deep pockets, I think, to do it justice. But ‘til then it’s a fitting way to spend a rainy hour. 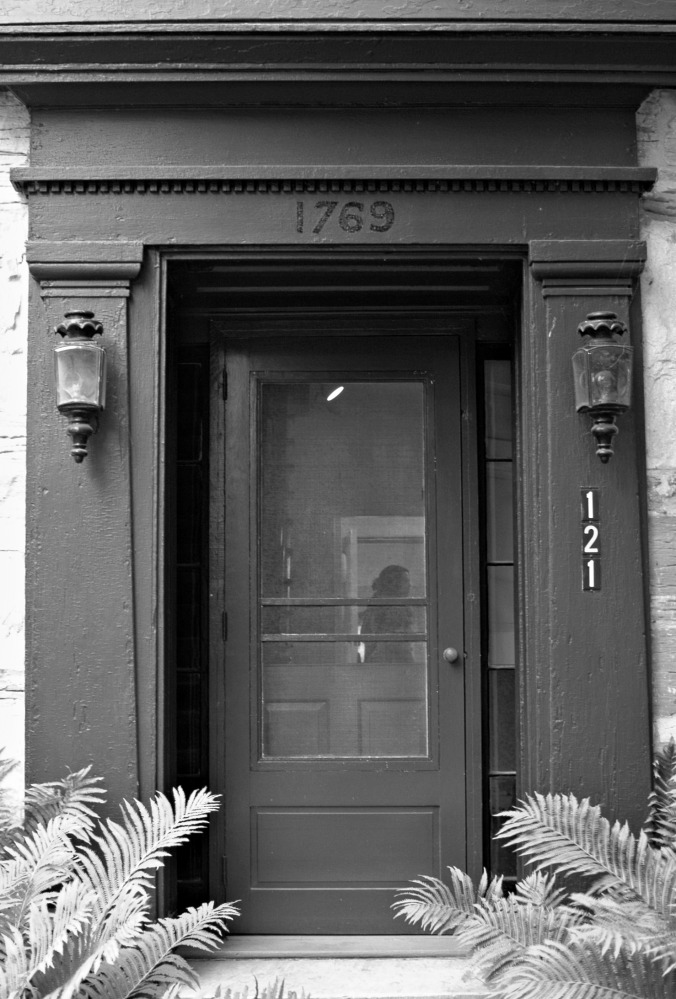 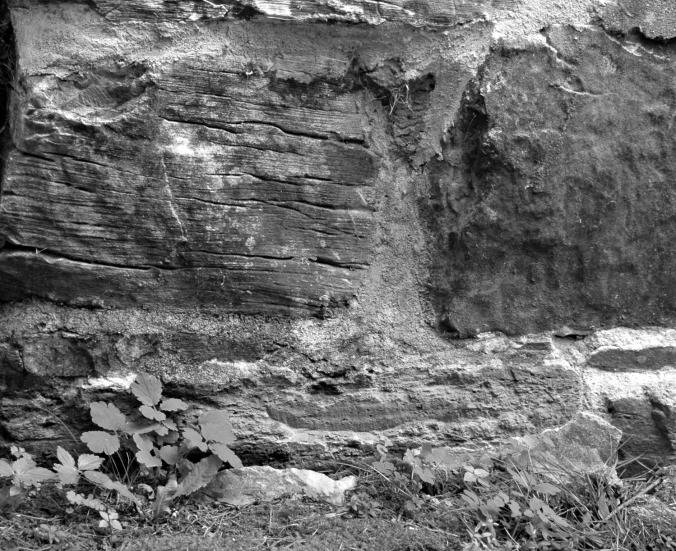 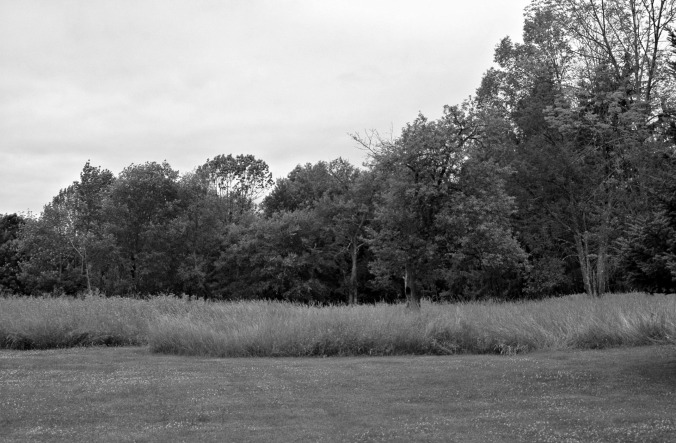 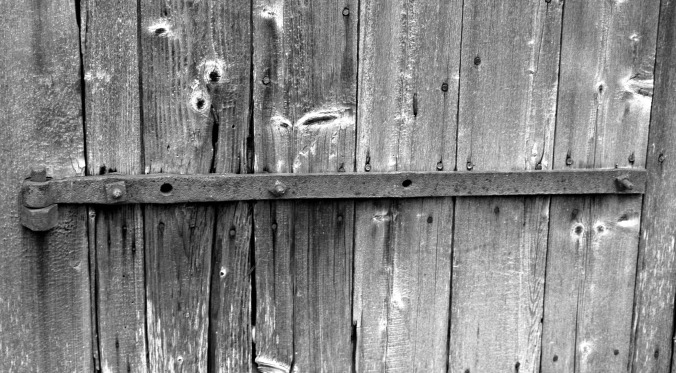 After Apple-Picking, by Robert Frost

My long two-pointed ladder’s sticking through a tree

And there’s a barrel that I didn’t fill

Beside it, and there may be two or three

Apples I didn’t pick upon some bough.

But I am done with apple-picking now.

Essence of winter sleep is on the night,

The scent of apples: I am drowsing off.

I cannot rub the strangeness from my sight

I got from looking through a pane of glass

I skimmed this morning from the drinking trough

And held against the world of hoary grass.

It melted, and I let it fall and break.

But I was well

Upon my way to sleep before it fell,

And I could tell

What form my dreaming was about to take.

And every fleck of russet showing clear.

My instep arch not only keeps the ache,

It keeps the pressure of a ladder-round.

I feel the ladder sway as the boughs bend.

And I keep hearing from the cellar bin

Of load on load of apples coming in.

For I have had too much

Of apple-picking: I am overtired

Of the great harvest I myself desired.

There were ten thousand thousand fruit to touch,

Cherish in hand, lift down, and not let fall.

That struck the earth,

No matter if not bruised or spiked with stubble,

Went surely to the cider-apple heap

As of no worth.

One can see what will trouble

This sleep of mine, whatever sleep it is.

Were he not gone,

Long sleep, as I describe its coming on,

Or just some human sleep. 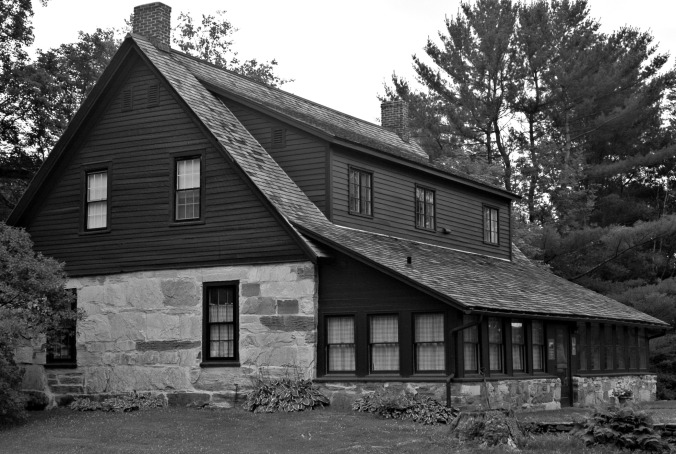